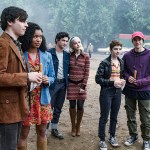 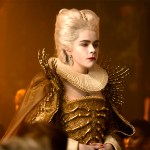 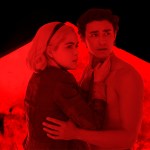 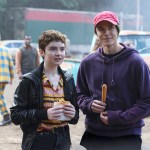 The ‘Chilling Adventures of Sabrina’ series finale ended with a jaw-dropping twist. A main character made the ultimate sacrifice, resulting in the show’s most tragic death. Spoilers!

The Chilling Adventures of Sabrina series finale, which is now available on Netflix, ended with the death of the Sabrina Spellman (Kiernan Shipka). Yes, the teen witch sacrificed herself to save her friends and those closest to her. Sabrina tells Ambrose (Chance Perdomo) — via telepathy — that Father Blackwood (Richard Coyle) intends to sacrifice her when the poles of the Earth are the furthest away from the sun. That’s when The Void is the most controllable.

Ambrose tells Hilda (Lucy Davis), Zelda (Miranda Otto), Harvey (Ross Lynch), Roz (Jaz Sinclair), Nick (Gavin Leatherwood), Theo (Lachlan Watson), and Robin (Jonathan Whitesell) that they must go back to the Mountains of Madness and extract the remainder of The Void inside of Sabrina using Pandora’s box. They can defeat Father Blackwood by giving him exactly what he wants: Pandora’s box. When they arrive, Father Blackwood wants the box before handing over Sabrina.

Father Blackwood opens Pandora’s box and it explodes in his face. He’s blinded and Nick knocks him out for trying to sacrifice Sabrina. Sabrina chimes in and says the sacrifice is still on. She stresses to everyone that she’s gotten a crash course in everything about The Void, including how to defeat it.

She explains Father Blackwood wanted to drain the rest of The Void out of Sabrina and into a containment field before consuming it himself. Nick wants to get whatever’s left of The Void out of her. That’s the plan, but there’s something they need to do first. The people who Sabrina made disappear — Roz, Prudence (Tati Gabrielle), and Harvey’s dad — are still inside The Void. This means they’re inside of Sabrina but very much still alive.

Sabrina tells Hilda and Zelda to perform the sacrifice just like Father Blackwood wanted. Cutting her open is the only way to drain The Void of her and into the gateway. She claims she’ll be able to hold The Void in check, even as it bleeds out of her, and will make sure it stays contained in that gateway long enough for Ambrose and Harvey to go inside it to find everyone and bring them back alive.

Hilda objects to the plan, as does Zelda. But there’s no stopping Sabrina. Sabrina says to let the bloodletting go on for as long as it takes. Nick also needs to go into The Void and grab Pandora’s box. Once everyone is out, he needs to open it, draw in what’s left of The Void, and shut it before he’s pulled in. Nick doesn’t want to leave Sabrina’s side, but he knows he has to listen to her. They share a sweet kiss before parting.

“This will work,” Sabrina says. “We have a strength and a bond that The Void can’t touch, so let’s finish this the way we always do: together.” As she says this, she has tears in her eyes. “I love you, Spellman,” Sabrina tells Nick. “I’ll see you on the other side.” She doesn’t say it back nor does she agree with him. Something’s up.

The Void opens and Sabrina has flashbacks of her birthdays over the years. Hilda notices that Sabrina feels cold. Sabrina tells everyone goodbye just as they’re arriving back from inside The Void. Nick thinks the plan works, but there’s a catch. Sabrina is dead, and she knew this was going to happen. “I knew she knew,” Hilda cries. Sabrina sacrificed herself to save everyone in the end because she’s Sabrina Spellman. She will go to the ends of the Earth for the people she loves.

Hilda and Zelda bury the two Sabrinas. Everyone is understandably devastated. Zelda finally lets her emotions get the better of her. “It’s just not right that she’s gone.” Hilda is there to comfort her grieving sister.

Sabrina is spending eternity in the Sweet Hereafter. Sabrina thinks she’s all alone until Nick shows up. He died by suicide after going swimming in the Sea of Sorrows. At first, Sabrina is upset that Nick is dead. “What’s important is that we’re together here — forever and ever,” Nick says. Sabrina quips, “That is a plus.” Nick and Sabrina share a passionate kiss before they start their eternal life together.