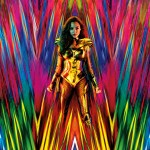 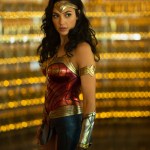 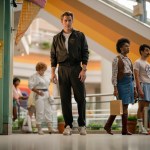 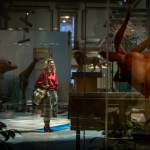 Wonder Woman 1984 has been released on HBO Max — and all eyes were on Chris Pine‘s fanny pack. The actor, who stars as Steve Trevor alongside Gal Gadot in the Wonder Woman franchise, rocked multiple belt bags throughout the film and fans can’t stop talking about it. “I didn’t know what I needed for Christmas was Chris Pine in a fanny pack,” one fan tweeted, while another commented, “i’m def gonna watch it 10000 more times to revel at chris pine in a fanny pack.” Some viewers noted the very 80s combination of a fanny pack worn with a track suit. “Chris Pine’s track suit and fanny pack combination in WW1984………..I need it.”

Best part of WW84 is #ChrisPine in a fanny pack. @WonderWomanFilm pic.twitter.com/T2Rm17tuRZ

The film’s release was repeatedly pushed back due to the ongoing COVID-19 pandemic, however the movie was finally  released on Christmas Day on HBO Max, as well as in select theaters and IMAX. During the post-credits scene (warning: spoilers ahead) director Patty Jenkins brought everything full circle. Earlier in the movie, Gal Gadot’s Diana tells Chris Pine’s Steve about a golden suit of armor she owns, which belonged to a powerful and brave Amazon warrior named Asteria. When the warriors went into battle, Asteria stayed behind and battled in her gold armor so her sisters could be saved.

The flashback scene shows Asteria’s piercing blue eyes as she fights in battle. Diana then admits that she has looked for Asteria over the years, but only ever found her iconic gold armor. Wonder Woman later wears that armor to fight Cheetah (Kristen Wiig) and Max Lord (Pedro Pascal). Fans have theorized that a third Wonder Woman movie could see Asteria and Diana can cross paths. Only time will tell!