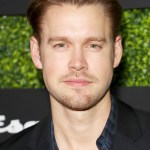 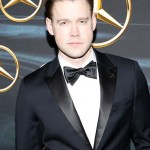 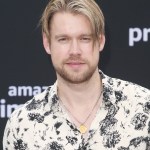 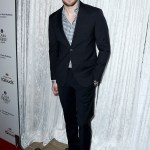 Chord Overstreet is dating ‘The Bold and the Beautiful’ star Camelia Somers, a new report claimed. Suzanne Somers’ granddaughter even gushed that she’s ‘so proud’ of Chord.

Chord Overstreet has a new muse to sing about, according to a new report. The 31-year-old musician and Glee alum is reportedly “dating” Camelia Somers, 25, who is the granddaughter of Three’s Company star Suzanne Somers, 74, a source told PEOPLE. HollywoodLife has reached out to Chord’s and Camelia’s reps for comment, but didn’t hear back by the time of publication.

While Chord’s and Camelia’s reps didn’t confirm the original report, Camelia did show her rumored boyfriend some Instagram love a few hours after the report surfaced. Chord dropped a new song called “Water Into Wine” at midnight on Dec. 18, which Camelia immediately promoted on her Instagram Story. “THIS SONG!!!! sososo proud,” Camelia wrote over the song, and tagged Chord’s Instagram handle (which she put two heart emojis in front of). Chord and Camelia are also following one another on Instagram.

Camelia Somers promoted Chord Overstreet’s new song, seen above, after it was reported they were dating.

Like Chord, Camelia is an actress as well, and not just the granddaughter of a famous one. She made her television acting debut as Charlotte on The Bold and the Beautiful in 2015, and is still playing the role to this day. She also appeared in the independent short comedy film The Tampon as Dory.

Since his time playing Sam Evans on Glee came to an end in 2015, Chord has appeared in the movies 4th Man Out and The Swing of Things. He has largely been focusing on music, though, ever since being the first ever artist to sign to Demi Lovato, Nick Jonas and Phil McIntyre‘s record label Safehouse Records in Dec. 2015. Chord most recently dropped his second EP Hold On in Sept. 2020, and joined HollywoodLife‘s podcast after he dropped his first EP in 2017. At the time, Chord EXCLUSIVELY told us that “relationships are hard” since “people require a lot” (himself included, he admitted).

Before this dating report surfaced, Chord was rumored to be dating Harry Potter star Emma Watson, 30, in 2018. Meanwhile, Suzanne once teased that she’s meeting Camelia’s “new boyfriend” in a Facebook post shared in May of 2019, although the famous actress didn’t disclose who this boyfriend was.