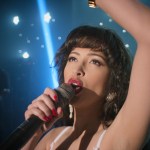 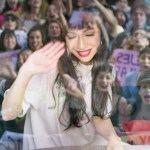 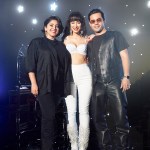 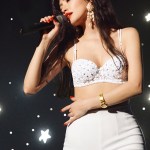 The first part of ‘Selena: The Series’ is out now, and the finale introduces Yolanda Saldívar, who is hired to run Selena Quintanilla’s fan club. Just years later, Yolanda murdered Selena in cold blood.

Netflix’s Selena: The Series explores the rise of Tejano singer Selena Quintanilla. The final episode of the first part of the Netflix series features a call between Suzette, Selena’s sister, and nurse Yolanda Saldívar. Yolanda asks Suzette if she can start a fan club for Selena. No one could have foreseen the tragedy ahead: that Yolanda would be the one to murder Selena when the singer was just 23 years old. HollywoodLife has compiled the key things you need to know about Yolanda.

1. Yolanda murdered Selena on March 31, 1995. Selena’s family had discovered financial discrepancies with her fan club and boutiques, which Yolanda had been in charge of. Yolanda had recently been fired from her job working for the Quintanilla family. Selena set up a meeting at the Days Inn Motel in Corpus Christi, Texas, to confront Yolanda on March 31, 1995. However, there were reports that Yolanda claimed she was raped and wanted Selena to meet her at the motel.

Yolanda brought a gun and shot Selena once in the back during their confrontation. Selena made it to the lobby before she collapsed. She was rushed to the hospital, but she was later pronounced dead. The bullet had shattered an artery in her collarbone before exiting her chest, which caused significant blood loss.

3. Selena’s final words identified Yolanda as her killer. After she was shot, Selena ran into the motel lobby and told multiple employees that Yolanda shot her. “I asked who shot her. She said the lady in Room 158. She moaned. Her eyes rolled up,” the motel’s assistant manager, Rosalinda Gonzalez, said in court, according to AP. Shawna Vela, a front desk clerk, admitted that Selena told her, “Lock the door! She’ll shoot me again.” Yolanda was arrested after a 9.5-hour standoff with police.

4. Yolanda is now serving a life sentence in prison. Yolanda’s trial took place in Oct. 1995. She pleaded not guilty and claimed she had intended to use the gun on herself. On Oct. 24, 1995, a jury took less than 3 hours to convict Yolanda. She was convinced of first-degree murder and sentenced to life in prison with no eligibility of parole until March 2025. The 60-year-old is serving her sentence at Gatesville, a women’s prison in Texas.

5. The actress playing in Selena: The Series worries for her safety. Natasha Perez plays Yolanda in the Netflix series. “The actress in me is fascinated by the journey of a complex character, but the human in me has all sorts of feelings. The actress in me is also worried for her safety,” she told EW.  “A lot of people take this very seriously and think that it’s real, and in this case, the character is real, but it’s not me. I’m not her.”