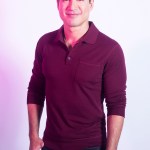 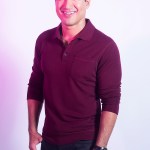 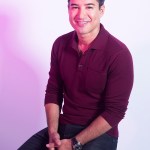 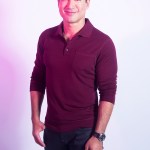 Mario Lopez’s latest role has fans on Twitter checking their ‘2020 bingo card’ after the actor donned a sexy Colonel Sanders getup for his latest project for Lifetime. See what fans are saying!

2020 just hit a whole new level of weird with a side of mashed potatoes, gravy, and some Colonel Harland Sanders’ honey BBQ sauce. In the latest development of a wild year that just won’t quit, Mario Lopez‘s newest project dropped its trailer on December 7 and no one seemed to have this combo on their bingo card. The Saved By The Bell actor, 47, stars as a sexy Col. Sanders of the fast food chain Kentucky Fried Chicken in Lifetime‘s new, original romantic drama A Recipe For Seduction.

The “mini-movie” follows Lopez’s Col. Sanders as he begins to work for a new family. When the daughter of the house, Jessica, begins to have romantic feelings for the new chef, circumstances grow complicated. Murder, seduction and a secret sauce are the main ingredients that create the drama no one saw coming this year, and fans sounded off on Twitter just after the trailer debuted.

“Who had ‘KFC-themed rom-com starring Mario Lopez as sexy Col. Sanders’ on their 2020 bingo card?” one person tweeted out on the social media platform. Some even took their confusion straight to the film’s star, Mario Lopez. “mario lopez have never met a check he couldn’t cash,” the tweet read, featuring Mario in full Col. Sanders regalia.

What also ensued was a showdown of the Colonel Sanders. “Mario Lopez as Col. Sanders ain’t got nothing on Reba [McEntire],” another Twitter user went off, referencing the time that the country crooner played Col. Sanders in a string of KFC commercials in 2018. Suffice it to say there were A LOT of feelings about Mario’s sexy Col. Sanders.

A Recipe For Seduction is just the latest in a string of strange happenings during 2020. Between an intense presidential election, the ongoing coronavirus, and countless celebrity splits, makeups, and babies, this Lifetime mini-movie seriously takes the cake…or fried chicken leg, in this case.

A Recipe For Seduction debuts on Lifetime Sunday, December 13, at 12 pm ET.