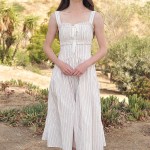 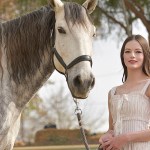 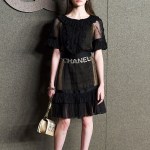 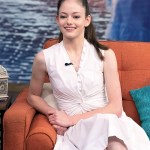 Mackenzie Foy looked back on the ‘unique’ experience she had while filming ‘Twilight’ when she was barely 10 years old, as she prepares for the release of her upcoming film ‘Black Beauty.’

It’s been nearly a decade since actress Mackenzie Foy stepped foot onto the set of the film that changed the trajectory of her young career. The 20-year-old actress chatted EXCLUSIVELY with HollywoodLife about how special it was for her to be an integral part of the Twilight franchise roughly eight years since the final film’s release. “I mean I was nine when all of that started so looking back at it, it is really just…I see that I was really, really lucky to be a part of something like that and how unique of an experience that was.”

Mackenzie played Renesmee, the daughter of Bella Swan (Kristen Stewart) and Edward Cullen (Robert Pattinson) in The Twilight Saga: Breaking Dawn — Part 1 and Part 2. It was the biggest role of Mackenzie’s young career, at that point, and she distinctly remembers how “really cool” it was to be a part of the film series. “The memories I have from that film I will have forever,” she reminisced.

Since her Twilight days, Mackenzie’s star in Hollywood has steadily risen. She’s appeared in critically acclaimed films like The Conjuring and Interstellar, while also balancing more family-friendly projects like The Boxcar Children, The Nutcracker and the Four Realms, and her upcoming picture Black Beauty. In the Disney+ film, Mackenzie stars alongside Kate Winslet, who voices the titular horse.

Despite all of the new projects coming her way, Mackenzie isn’t closing the door when it comes to potentially returning to the Twilight series. “It is one of those things where you learn so much on your journey,” she shared with HL. But, for now, Mackenzie is really focused on paving the way for the next chapter in her career.

“I have been really lucky and I have met a lot of amazing people through these years who have supported me,” she told HL. “I hope that I can create stories and films that really resonate with everyone and means something to everyone.” Along with Black Beauty, Mackenzie will next star in the film The Man Who Saved Paris with Oscar nominees Stanley Tucci and Kristin Scott Thomas.

Black Beauty is available for streaming this Friday, November 27, on Disney+.