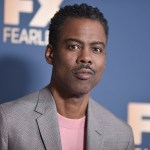 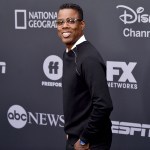 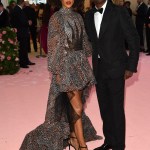 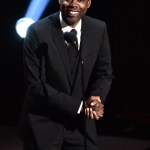 Rodney L Jones III is one of Fargo’s youngest stars. The actor plays Satchel Cannon, the youngest son of Loy Cannon. Satchel has gone on an incredible journey this season, and the same goes for Rodney as well. HollywoodLife talked EXCLUSIVELY with the rising star about joining the Fargo universe and what he learned from Chris Rock, who plays his on-screen dad.

“He’s a really nice guy. He’s an awesome actor. I enjoyed watching him and learning from him,” Rodney told HollywoodLife. “Before working on this actually, I wasn’t really familiar with him that much because I’m a kid and most of his movies are more for adults. I had heard his voice in the movie Madagascar when I was younger, but I just hadn’t realized who it was. My mom told me who he was and my grandpa because he watched a lot of his movies. It was great working with Chris.”

Rodney got to witness Chris’ acting magic first-hand. “He’s great at taking risks. I learned once you get to understand the scene a lot better, it’s easier to take risks in the scene,” Rodney recalled about his experience working with Chris. He also revealed that Chris had some very sweet words for the young actor when they finished filming. “When we were close to wrapping, he congratulated me on being in such a big project. He told me to get ready to be a big star,” Rodney said.

The actor also got to work closely with Ben Whishaw, who plays the Rabbi. Rodney admitted that he didn’t initially realize Ben had starred in the Bond movies! “He’s a great friend. We spent a lot of time working together, so we had a lot of long conversations when we weren’t on the set,” Rodney told HollywoodLife. “I actually taught him and a few others like Matthew Elam and Jason Schwartzman on the first day at this screen test this card game. I taught them how to play this card game called James Bond. I beat all of them, but I wasn’t even aware that he had been in the James Bond films. I had seen all of them. My grandfather loves James Bond, but I hadn’t realized that he was in them.”

Over the course of the season, a popular theory has started to circulate that Satchel could be the younger Mike Milligan, who appeared in season 2. HollywoodLife asked Rodney about this theory, and he was understandably very tight-lipped. “I’m not at liberty to discuss that. Tune in to watch how it all plays out,” he teased. The Fargo season 4 finale will air Nov. 29 at 10 p.m. on FX.