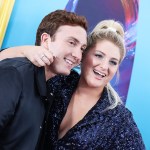 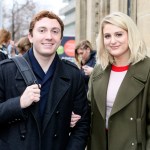 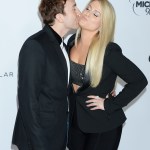 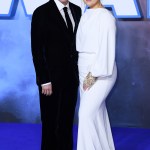 Meghan Trainor and Daryl Sabara’s sex life is temporarily non-existent. The singer revealed in a new interview on November 16, that she, by choice, ‘can’t’ have sex while pregnant, and here’s why…

Keeping things PG! Meghan Trainor and husband Daryl Sabara are only snuggling between the sheets these days. The Grammy-winner, who’s six months pregnant with the couple’s first child, has retired sexual activity until the birth of their son — who’s expected to arrive sometime in early 2021.

“Maybe this is weird, but mentally I can’t have sex while our son is in between us,” Meghan, 26, told TODAY Parents in an interview published on Wednesday. “All my pregnancy apps say it feels really good. But all I can think about is that there’s a little boy in my belly,” she admitted.

Despite the couple’s intimacy hiatus, Meghan and Daryl’s marriage is thriving. “Our relationship really messes with my girlfriends’ minds. They’re all like, ‘How the hell am I going to find a Daryl?’” Meghan gushed, adding that the Spy Kids alum, 28, is “so good” and “unbelievable.”

The “Nice To Meet Ya” singer went on to recall that during her first trimester, Daryl was waiting on her hand and foot — especially when it came to her pregnancy cravings. “If I said, ‘I want Fritos,’ he’d be like, ‘Yes, ma’am! Right away!’” she said. However now, Daryl is stocking up on healthier snacks for his wife, who said she ditched the chips when she learned that her mother, Kelli, had gestational diabetes.

The interview was a full-circle moment for Meghan, who announced her first pregnancy in October during an appearance on TODAY. Afterward, she took to Instagram to share a Christmas-themed ultrasound photo, writing, “You all know how long I’ve wanted this!!!! @darylsabara and I are so beyond happy and excited to meet this little cutie early next year! WE’RE PREGNANTTTTT!!!” Meanwhile, Sabara wrote on his Instagram account, “I love you @meghan_trainor and I can’t wait to start a family with you.”

HollywoodLife caught up with Meghan earlier this month, where she revealed that the couple has already picked a name for their unborn baby boy. “We kind of picked the name before. We were always like, ‘I don’t know, it could be this.’ We picked it before we knew the gender even,” Meghan said during an exclusive interview via Instagram Live. “We have this one name that we love. That’s the only thing I’m keeping a secret because I’m terrible. I tell everything to everybody,” she admitted. “We’re like, ‘Let’s have a goal and keep the name!’”

Meghan continued, “[The name] should be a name that everyone’s more familiar with. I never wanted something really unique and crazy. I also like names where I don’t know a single person with that name. I don’t want to relate him to anybody else,” she explained. “I want him to be the only name. I’m going to slip it out…. I’m not going to say it!”

Meghan and Daryl tied the knot in an intimate backyard ceremony in LA on December 22, 2018. Nearly two months after the nuptials, the singer released her “Marry Me” visual on February 15, which served as both a music video and recap of the wedding.