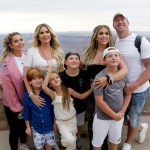 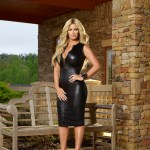 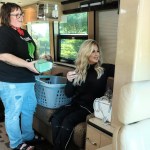 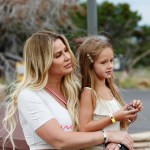 Kim Zolciak has never been as afraid as she is in this EXCLUSIVE sneak peek at the Nov. 10 episode of ‘Don’t Be Tardy’.

Kim Zolciak and Kroy Biermann will be forced to get their executive producer’s help during the Nov. 10 episode of Don’t Be Tardy, after the family’s RV breaks down in the middle of nowhere at 4:10am. As you can see in the EXCLUSIVE sneak peek below, Kim starts to feel very uneasy after the RV loses all of its power in an unfamiliar parking lot. Kroy seems relatively calm, but Kim — well, you might want to watch the clip to see how badly she freaks out over their latest predicament.

When Kim and her daughters — Brielle and Ariana Biermann — are told that nothing can be done until the morning, Brielle says, “Wait! Are we just going to stay here? I need a shower.”

“Now that I have no power, we’re not moving. We’re not leaving tonight,” Kroy explains before Kim adds, “I always knew this thing was going to fail me. I knew it.” Kim then looks around to scope out the family’s surroundings and she notices a gas station with only gas pumps, but no building. “I’ve never seen that in my life,” she says, as she starts to panic even more. “I’m scared.”

“This parking lot butts up to this abandoned area,” Kroy explains, while Kim adds, “It’s not safe.” However, Kroy insists that everyone’s idea of “safe” is based on that particular individual’s own “perspective”. Kim then bugs out and asks, “What’s that?!”, as she sees or hears something. However, Kroy insists they’re “fine”. He also says he doesn’t believe they’re in any “inherent danger.”

“We are!” Kim argues back. “We’re going to die. We’re all going to die.” She then runs back onto the RV while her daughters help Kroy push the vehicle towards the edge of the parking lot for more safety.

Want to see more? Check out the full clip above, and then, watch new episodes of Don’t Be Tardy on Tuesdays at 10pm on Bravo.