“I recently found out as a couple of months ago that my name actually means ‘Mars’ in Latin. ‘Mario’ means ‘Mars’ in Latin,” Mario says when speaking EXCLUSIVELY with HollywoodLife ahead of releasing his new EP, Closer To Mars. Initially delayed due to the COVID-19 pandemic, the project is Mario’s first new major release since 2018’s Dancing Shadows. The EP contains the singles “Pretty Mouth Magick,” “Closer,” and “Mars,” a Red Planet-inspired slow jam. “So, I went to the studio with my guy in Atlanta, Lil Ronnie. He’s an amazing producer, a Grammy Award-winning producer. And he’s like, ‘what type of music do you want to create? What type of EP is this?’ And I’m like, you know, honestly, I’ve been wanting to do just like a summer project, something that’s fun and up-tempo. But today, I’m feeling like Mars. Let’s create a record using the tempo of Mars and the key that the planet Mars is in. And for those of you who don’t know, each planet has its own key. And it also has its own tempo — BPM — that it runs off of.”

“So we just started there, and I just wrote the rest of the record metaphorically about having a night of passion, but also that in return, my love interest. Ultimately, that’s what this song is about,” says Mario. “And I wanted to marry that with a visual that was based in reality, but also based in the cosmic space.”

Themes of cosmic space, being in tune with the power of the celestial beings and connecting on a greater vibe with the universe’s energy. This sense comes from Mario’s own experiences. “I think I think for me, going up in Baltimore, seeing the darker side of life and then becoming an artist, traveling the world and seeing the brighter side of things – it gives gave this mystical understanding of balance and contrasts.

So, I’ve always been that person,” he adds. “I can use my music and my creativity as a way to express myself. It’s like therapy to me. I would definitely say mysticism and being a cosmic being – not just astrology, not just the Zodiacs, but all of it – how the contrast works together and how it affects the world that we live in.”

During the interview with HollywoodLife, Mario spoke about finding a balance between his creative pursuits. His break from music coincided with a two-year stint as Devon on Empire. He also portrayed Benny on the 2019 FOX special, Rent: Live. “Your potential always haunts you, when your instincts are to do what you naturally love to do, which is, for me, singing and creating music,” he says, regarding the pressure he felt to get back into the recording studio while pursuing his acting career.

“But I’m also one of those people who gets completely lost in the task at hand – being a Virgo,” he adds. ”Whether it be Rent or Empire was being on tour. Whatever it is I’m doing, I want to make sure that I deliver 100%. So when I did Dancing with the Stars, you know, I cut out that time that put myself in that mindset of, ‘Okay, I am now a complete barroom dancer. That’s got to be my life for the next three months.’”

Related: ‘The Daily Show’s New Host: See Who Could Potentially Take Over After Trevor Noah’s Exit 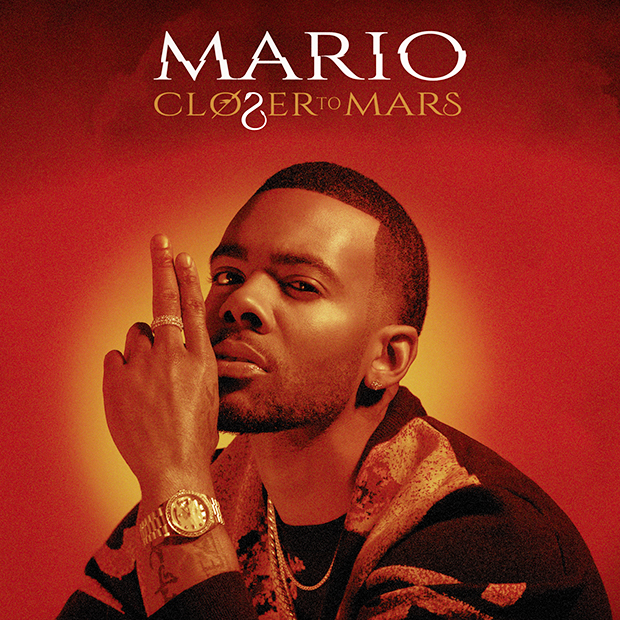 Mario also addressed  “the world we live in” on “Rewrite It,” a song written in response to the killing of Breonna Taylor, George Floyd, and other Black men and women by the hands of the police. Released months before Closer To Mars, Mario reflected on the song. “I look at my art before we get to this specific set of stuff, I think about artists like Marvin Gaye who, when he first came out, he was known for his pop, his love songs. Then, as he grew into an artist that started feeling the world around him, he started using his art as his voice. You hear songs like ‘What’s Going On’ and ‘Mercy, Mercy Me.’ I look at myself the same way. As an artist, I’m a vessel. And as a young, Black man, it’s important for me to also use my voice to inspire not just young black people or African Americans, in general, but for the world to hear our voice in a different way. And music is such a great platform to share things.”

“‘Rewrite it’ is kind of like, for me, it’s picking up where people like Martin Luther King, Malcolm X, and others – some of them had different views on things, but I think the general through-line is equality,” continues Mario. “Picking up where they left off for this generation so that we could take steps further so that our kids and our grandkids could look back and say, ‘wow, that generation stood up for us, and now we’re living in a more fair world, or equal work, or just world.’ We have to rewrite our own history in the present. You know, in the present moment is where we make change.”

During the interview with HollywoodLife, Mario touched more on his efforts to make the change, the power of cats, and when fans can expect more music from him.

Closer To Mars is out now.