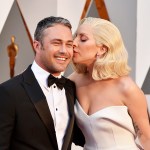 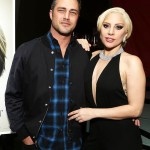 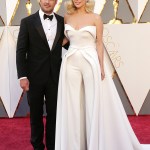 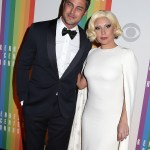 While performing at Joe Biden’s rally in Pittsburgh, Lady Gaga fondly reminisced about her high-profile romance with a boy from Pennsylvania — Taylor Kinney.

Lady Gaga hit the stage to perform some of her biggest hits in support of Joe Biden at a rally for the presidential candidate in Pittsburgh, Pennsylvania on Nov. 2. Gaga actually used to be engaged to a Pennsylvania boy, Taylor Kinney, and she discussed their relationship onstage at the event. “I was engaged to a man from Lancaster, Pennsylvania,” Gaga said. “I know, I know. It didn’t work out. I loved him so much, it just did not work out.”

Oh my god. Not Lady Gaga talking about her failed relationship with Taylor Kinney and performing You and I. They met in You and I music video hai I am weak and sad 🥺🥺🥺🥺🥺🥺🥺🥺🥺 love you mother @ladygaga pic.twitter.com/m3qzpu5cJp

She then revealed that Biden is her “new Pennsylvania guy,” before launching into a rendition of her song, “You & I.” Lady Gaga and Taylor actually met on the set of her video for “You & I” in 2011 after he played her love interest in the visual. The two got engaged in Feb. 2015, but split during the summer of 2016. Gaga has since admitted that her career took a toll on the relationship, but the two are in an amicable place these days.

Now, the singer is happily dating Michael Polanksy. She went public with their relationship on Instagram in Feb. 2020, one year after ending her engagement to Christian Carino. During the Biden rally, Gaga actually took a moment to publicly apologize to Michael for bringing up her ex, Taylor, at the event.

“To my boyfriend here tonight, I’m so sorry I had to do this whole, ‘Pennsylvania, I dated a guy here,’ thing,” she said, in the middle of the performance. “I love you so much, but it’s true.” Before singing “You & I,” Gaga also sang “Shallow” onstage, as well.

Lady Gaga has been extremely vocal about her support for Joe Biden, and has slammed his opponent, Donald Trump, on various occasions. Earlier this week, the Trump campaign denounced Gaga as an “anti-fracking activist,” and claimed that Biden’s decision to team up with her shows his “disdain for the forgotten men & women of PA.” Gaga took to Twitter to clap right back at that, though. “Hey @realDonaldTrump,” she wrote. “So happy, I’m glad to be living rent free in your HEAD.”

Trump then infuriated Gaga fans even further by trash talking her at a rally on Nov. 2. “Lady Gaga is not too good,” he told his supporters. “I could tell you plenty of stories. I could tell stories about Lady Gaga.” He also mocked other stars who’ve openly supported Joe Biden, including Beyonce, LeBron James and Jon Bon Jovi.