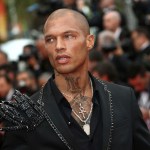 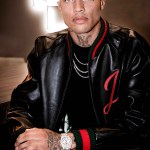 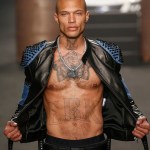 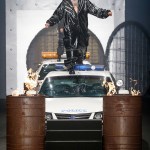 Jeremy Meeks says Jordyn Woods was a ‘natural’ on the set of their new movie ‘Trigger’, which launched on BET+ on October 22.

Jeremy Meeks, 36, has high praise for Jordyn Woods, 23. The pair starred together in Trigger, a new thriller that debuts on BET+ on Oct. 22, and the model turned actor told HollywoodLife EXCLUSIVELY that Jordyn was “a pleasure to work with.” He also revealed that she has a “photographic memory” so she can memorize her lines after reading them only once.

“She’s a natural,” Jeremy gushed. “She didn’t have to try hard to memorize this stuff. She has a photographic memory. So she could look at the [script for the day] once and she’d have it memorized. And it’s not that easy for me. And her energy and her vibe is just amazing. She’s a real down to earth person who is very humble. She’s very helpful too. We were feeding off of each other and pushing each other to make each other a better actor. She was a pleasure to work with, and I’m sure we will do many more projects in the future.”

Jeremy was also impressed by the Jordyn’s work ethic. “She was one of the first people to set and one of the last people to leave. She wasn’t all on her phone and not paying attention when the director was talking. She was on top of it and very dedicated. I didn’t expect that, she’s very serious about what she does. It was nice.”

Trigger tells the story of Trey Mass, played by Jeremy, who is home from prison after a ten-year sentence. He has nowhere to go so he stays with his brother Collin, played by Wesley Jonathan. Jordyn plays Collin’s wife, Vanessa, who isn’t too happy about Trey’s unannounced visit, but allows him to stay one night. The night turns violent with a fatal shooting that leads to a hostage situation.

Like his character in Trigger, Jeremy has spent time in prison and according to ABC news his last arrest was in 2014, for felony weapons charges. To be clear, Jeremy has never committed crimes as serious as his character in Trigger, but the part still hit very close to home for him. “The role was very true to self in a couple of different ways,” he shared with HollywoodLife. “I have done 10 years in prison, just like the character. I have gotten out before and not had anywhere to go so, just like the character, I went to a family member’s house. So it was very similar.”

Jeremy’s real life took a far different turn than his character’s in Trigger. Thanks to his stunningly handsome mugshot going viral in 2014, he quickly rose to fame and became an in demand fashion model. Jeremy’s life on the runway led him down a much different path than he was originally on and in a twist straight out of a Hollywood blockbuster he began dating Topshop heiress Chloe Green, 29. They made it official in 2017 and he relocated to Europe to live with her. They welcomed a son together, Jayden Meeks-Green, in May 2018. But after two years together they split, in the summer of 2019, and since then Jeremy has returned to the U.S. to pursue a career as an actor.

Although Jeremy has made many changes since his time in prison, memories of his former life resurfaced during the intense movie shoot.  “It triggered a lot of old memories and raw emotions,” he revealed to HollywoodLife. “It’s an emotional roller coaster. After I finished filming I had an emotional moment where I just broke down and cried in the shower…I was just I was overcome with so many emotions I probably cried for 30 minutes in the shower, just praying and thanking God for everything. It was overwhelming. And I had that same moment yesterday..thinking about how the movie is coming out today and that it’s all real. This really happened.”

Although Jeremy admits his story is “one in a million” he’s hoping his success will inspire other’s to believe in the possibility of dreams, no matter what their current life circumstances are. “Making Trigger really solidified that God had a plan [for me] this whole time. And it has far exceeded anything that I could have dreamed of. Because you know, coming from the inner city we really don’t dream that big. Because none of your dreams are attainable unless you’re a rapper or you play basketball or football, you know, people don’t really dream. And so I actually hope that when people see this movie it inspires them to dream and to know that your dreams can be achieved.”

Trigger is streaming now on BET+.