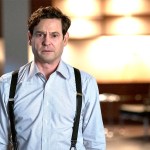 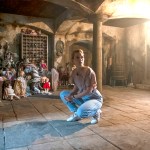 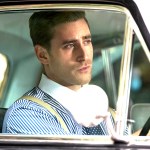 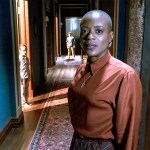 ‘The Haunting of Bly Manor’ star Amelia Eve spoke EXCLUSIVELY with HL about Jamie and Dani’s relationship, the ending, and a scene that didn’t make the final edit.

The Haunting anthology continues with a brand-new story. The Haunting of Bly Manor is streaming now and follows the people of Bly Manor, who are haunted by ghosts past and present. Amelia Eve plays Bly Manor’s groundskeeper, Jamie, who develops a beautiful relationship with the new au pair, Dani.

HollywoodLife talked EXCLUSIVELY with Amelia about Jamie. Turns out, she was not initially told Jamie was going to be the narrator, played by Carla Gugino, in the present day. Amelia opened up about exploring Jamie and Dani’s love for one another, Jamie’s decision to go back to Bly one last time, and revealed a “beautiful” scene between the characters that didn’t make the final edit. Read our full Q&A below.

Mike Flanagan and the writers do such a fantastic job of exploring the range of human emotions while putting in scares as well. Did you know from the beginning that Jamie was the narrator, or did you not find out until the end?
Amelia Eve: I didn’t know when I first took the job at all. And then when I got to Vancouver, Mike gave me a kind of overview of the story, but I didn’t quite know. He didn’t tell me that part. It was only once a few more of the episodes came through that I started figuring out what was happening and how that all linked together. And then I kind of realized, but I definitely discussed that with the lady who plays the narrator [Carla Gugino]. We just got together once we knew, and we worked on that together.

This is all about gothic romance. Mike said it best, gothic romance is dark, messy, and tragic. Were you a fan of gothic romance before The Haunting of Bly Manor?
Amelia Eve: Absolutely. For me, what they did with Hill House so well was exactly that. I think that was what made it kind of renowned. It was scary, and it was steeped in all of this clever horror, but ultimately, it was the human relationship that they explored, which is what got us. It was the kind of personal battle that each individual was going through and being able to see the humanity in good and bad characters constantly. I think that was really what gripped me. For me, personally, I love gothic romance. I studied English literature at university, so I read my fair share of it.

Over the course of the season, Dani and Jamie’s relationship evolves into this beautiful love story. What it like exploring that relationship with Victoria Pedretti?
Amelia Eve: It was really interesting because there’s a couple of scenes that weren’t actually included in the final edit where our characters you would assume don’t like each other. I think he wanted people to not be able to guess what was going to happen. They kind of swayed around that a little bit more with the edit, but it was really interesting because we kind of tried to play the distance a little bit ourselves as well. We didn’t spend too much time together at the beginning. We tried to keep it quite distant and make it so that natural gravitas towards each other, the thing that brought us together, happened as the season progressed, and it did naturally. We got closer and closer as we got to the final episode in which we get a lot closer.

Dani realizes that one day the Lady of the Lake is going to come for her. However, Jamie maintains a very positive outlook on life. Do you think there was a part of Jamie that thought that tragedy wouldn’t befall them eventually?
Amelia Eve: I feel like Jamie was desperately aching for that to be the case, that it wouldn’t follow them. I think she almost had this very modern mindset in that she’s just going to think positively and then positivity will come to us. What you put out, you get back. Jamie doesn’t let the small things bother her. She’s a very grounded character. I think a lot of her kind of not letting Dani dwell in the fears of what might happens is Jamie trying to take hold of their future, rather than letting the future just take over them.  It’s her trying to have a little bit more of a say in what happened to them as a couple and kind of take control of her destiny almost.

I think the moment Dani realized that things were about to change is when she wakes up with her hands around Jamie’s neck. She thinks this is going to end badly. How do you think Jamie would have reacted if she had woken up at that moment and seen what had happened?
Amelia Eve: She would have done whatever she could to talk her out of that mindset. We actually shot a scene where Jamie does wake up. Dani’s leaving, and she begs her to stay. It was such a beautiful scene to shoot. Both of us, Victoria and I, were in bed and just holding each other. Even after they had said cut, we were still holding each other. We shared a really beautiful moment in that. Unfortunately, it wasn’t in the final edit. But, hopefully, Mike will put it into a Blu-ray version at some point. But I genuinely believe that Jamie would have held her, held her as tightly as she could, and would have tried to bring the Dani back to herself that she knows was in there. She [Dani] just found this thing, and she wasn’t willing to let it go.

It was so tragic seeing Jamie go back Bly. Talk me through her decision to do that knowing what she was going to find.
Amelia Eve: I think it was her really desperately wanting to be wrong, wanting that deep fear that she has and wishing it wasn’t true. She was hoping that this moment will prove her wrong, that she’ll come out of that water and she won’t see what she sees. But unfortunately, it is the case.

With gothic novels, tragedy is always a common theme. Do you think there was ever a moment that Jamie considered not living in this world without Dani?
Amelia Eve: I think for Jamie, she had quite a rough upbringing. She had really struggled to find love or to feel loved by anybody. Hence the way she’s introduced. She prefers plants to people. On the surface that is true. She’s afraid to love people because she knows that they always end up letting her down. She finally had this moment where she feels like she can open up and love this person that would love her back, and she’s not prepared to let that go. I think she finally found that one thing that she was looking for her entire life, a sense of belonging, and she wasn’t prepared to give up on that.

The finale features the older Jamie always leaving the door open and hoping to see Dani’s face in reflections. Do you think Jamie really believes that Dani will come back for her?
Amelia Eve: I think deep down she knows she’s with her because she’s keeping Dani alive through the memory of her. And I think this routine that she goes through is almost her way of metaphorically leaving the door open, for a sign to come to her. I feel like that last moment is… I almost imagine it as, in Jamie’s dream she sees Dani and that’s the moment when she feels her, too. I think that moment is probably the first time she relived that entire experience over again in one go, and I think that purge that she has there is kind of reflective of that purge she has in episode 6, which brings her and Dani closer together. I think that second purge where she revealed this story and the relationship that she had, she feels that the presence of Dani with her again. Like I say, I almost imagine it in a dream moment that she actually physically sees her.

Flora and Miles don’t have any recollection of what happened at Bly Manor. Was that explained to you at all as to why?
Amelia Eve: I don’t think it was. I think it was kind of pitched as so much of this is how we deal with trauma and how the traumas that we don’t deal with haunt us in a way. I think that’s a lot of what horror is as a genre. I think that almost paves the way for some kind of blocked trauma these children have had that they have packed down so far, that now they don’t remember. Who knows? In the future, they could have their own haunting and this information will all come back to them in some way. Them forgetting it all hurt me as the Jamie advocate. I was like, how dare you forget that? But I also think there’s that element of wanting to save them from the trauma of that. I think the safety net of what the narrator does is allowing these children to learn from the experience without having to relive it. To see themselves in it, gain the wisdom on it, without having to feel the pain of it again because they’ve been through so much.

This could also be a reflection of the resilience of children and how they process trauma vs. adults. I think it’s really fascinating to look at this from different angles.
Amelia Eve: Absolutely. What I loved about this season, compared to the first season, is that we get to appreciate the strengths in children a lot more in this season. The children aren’t scared of the ghosts. The children have way more information about what’s going on than any of the adults. I think it’s a bit more of an appreciation of how strong they really are, how resilient they are, and how much they’re able to deal with that we don’t necessarily give them credit for.