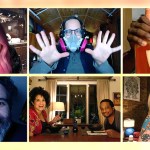 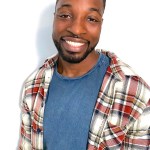 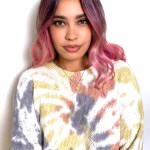 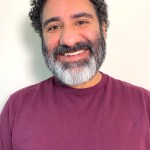 ‘Connecting…’ is a new kind of comedy. HL spoke EXCLUSIVELY with EPs Martin Gero and Brendan Gall about filming a show virtually during a pandemic, what to expect, and more.

Connecting… is a quarantine comedy about a group of friends trying to stay close and sane through video chats as they experience the highs and lows of staying at home during a pandemic. The NBC series stars Otmara Marrero, Parvesh Cheena, Shakina Nayfack, Preacher Lawson, Ely Henry, Jill Knox, and Keith Powell. Connecting… was filmed virtually. Connecting… will premiere Oct. 8 at 8 p.m. and then move to 8:30 p.m. beginning Oct. 29.

HollywoodLife talked EXCLUSIVELY with creator and executive producer Martin Gero and executive producer Brendan Gall about the challenges of filming over Zoom. While there have been “positives and negatives,” they admitted it’s not that much different than normal production. They also discussed the love story that blossoms and why it has a Romeo & Juliet quality. Read our Q&A below.

This was inspired by the pandemic, but where did the big spark come from to make this idea into a TV show?
Martin Gero: It evolved pretty quickly. Brendan and I are lucky that we belong to this very tight kind of friend group that are mostly Canadian ex-pats, and we have a standing Sunday night dinner at someone’s house. We really mourned the loss of that when the stay-at-home orders came into place. But a crazy thing happened, which is we started talking more, the whole group, and we’re having these very profound and very funny conversations. It felt like that’s maybe a show. Both Brendan and I had a great love of these old, single room sitcoms like Cheers, and it felt like that was a way to do it. Zoom would be our single room, and this is a way to just talk and process what’s going on.

How did you both go about casting the show?
Brendan Gall: In some ways, it was not that unusual. We had a casting director, and then looked at a bunch of tapes. I guess the difference being obviously, it was all self-tapes coming in for a session. There was no chemistry reads in the same physical space. We had chemistry reads through zoom with multiple actors reading with each other. But I guess the main difference was Martin and I really wanted to cast our nets wide. It was really important to us, especially when dealing with everything that we’re all dealing with in 2020, that we add as many different voices as possible so that this friend group represents a lot of different lived experiences. So to that end, we didn’t want to be super scripted in the kinds of people each character was. We wanted actors to respond to the script, and say I’d like to read for X or Y, and then sort of see what we got. It was tricky because we had so many options. But what was wonderful is that we had a lot of great options and ended up with seven incredible leads that are all very interesting and different.

You both have been directing via Zoom. How easy or different has that been?
Martin Gero: I mean, the whole project has been a challenge. There are positives and negatives. It’s nice to be able to have lunch in your own house instead of catering food, and it’s a little difficult. You kind of miss the ease of just being in a space with people and being more demonstrative with how you want something to be with the cameras or anything else. But it’s just a lot of explaining. I’m a big Survivor fan, and it just feels like that kind of that challenge where a whole team is blindfolded, and one person is just like, “To your left! Okay, now move faster. Now you’ve got to get lower.” It’s a lot more verbal dictating of what you want as opposed to showing. But aside from that, honestly, it’s not that different.

Brendan Gall: On the other side of that, because of the technical, logistical challenges, I think there is an incredible amount of focus and attention on the set, which is pretty cool. People are really on top of things because you need to be because we’re sort of all taking turns to get things accomplished. There’s a real positive energy that sort of infused with everything that we’re doing, which is pretty cool.

When you got the cast assembled, did you guys have a cast Zoom meeting similar to a table read?
Martin Gero: That’s exactly right. We have table reads that we do over Zoom, and we have rehearsals over Zoom. I think most importantly the cast has a WhatsApp text chain that they’re on night and day because they know they’re not occupying the same space, and they need to kind of foster a bond and relationship. It’s just great. They’ve done the work, which is really, really wonderful.

There is a hint of a love story happening in the trailer. What’s it been like to craft a romantic relationship in a show that’s totally virtual?
Brendan Gall: There’s something that feels almost Shakespearean. There’s like a sort of a Romeo & Juliet feel to it. You have these two characters that can’t be together, so I think it really helps in terms of the romantic tension. I think the actual physical quarantine is actually really heightening the romantic storyline.

If this were to get a season 2, would you want to keep the show the way it is? Or would you eventually want to have these people meet in person?
Martin Gero: I think the world’s going to dictate what the answer to that is. I think part of what attracted NBC to the show is that the strength of this show isn’t just the format, the strength is also the bond of the lead characters, and that transcends the Zoom format. That being said, what’s amazing about this show, and unique to the show, I think that it’s responding to such a specific moment in time. It’s not meant to be timeless. It’s meant to be in this year. Right now. Here. That would continue to be the case, I think, in a subsequent season. So whatever was going on in the world is what we would want to reflect in our television show.