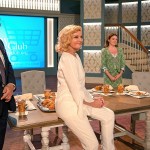 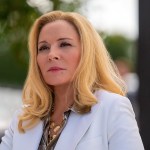 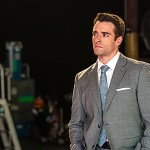 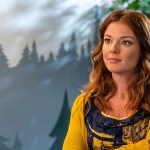 Antonio is trying his best to navigate the world of the Monreauxs on ‘Filthy Rich.’ HL spoke EXCLUSIVELY with Benjamin Levy Aguilar about Antonio’s journey, whether or not Antonio would want a relationship with Eugene, and more.

Antonio is one of the secret children Eugene Monreaux fathered without Margaret Monreaux’s knowledge on Filthy Rich. Margaret has seemingly welcomed Antonio and his other half-siblings in with welcome arms, but there are ulterior motives. In a show full of power moves, Antonio is going to start picking up on some things. “He starts finding his own power. He starts finding that he has a lot more power than he thought,” Benjamin Levy Aguilar told HollywoodLife.

Antonio has started to question how he feels about the Monreaux family and what it would mean to be a part of a world like the one they live in. “This is the first time he’s stepped into a world like this,” Benjamin continued. “His world is always survival of the fittest and taking care of his little boy with whatever you can and being looked down on by these types of people throughout his entire life. Now that he’s coming into this, he’s having these feelings of what does it mean to belong in a family? Am I good enough to be in this family? Do I even care about this family? Am I actually catching some sort of feelings for them?”

His mother, Yopi, is a major force in his life, but it seems like she wants him to go down one path, while he’s leaning towards another. Despite whatever curveballs life throws at him, Antonio’s love for his mom will never waver. “I think the loyalty that they have will always be there. But sometimes he does feel a little stolen or stepped over,” Benjamin said. “He doesn’t understand that his mom is really just doing everything because she loves him unconditionally, but some things are going against what his gut is telling him. Because his gut is saying, okay, so here I have the opportunity to give my child things that I never could give him and not just talking about money, but a family structure, certainty in life, comfort in life, some moral standard of living that is infused in, and the opportunity to belong to something bigger and to a family that you only see on TV. Even though they have so many imperfections, all he’s seeing right now is this very magnifying, kind of mother figure in a different way who is embracing him. He’s a little confused by that.”

Antonio and the rest of the world all think Eugene died in a plane crash, but he is still very much alive. If Eugene came back into the picture, Benjamin weighed in on whether or not Antonio would want a relationship with him. “I think there would be resistance at first,” Benjamin admitted. “Because I know that even for me, personally, growing up without a father it’s kind of hard for me to talk to men I admire or men that have some sort of power quality in my life. There’s this need to be loved, but at the same time, there’s a resistance. But given how Antonio is so actually so warm inside and does wear his heart on his sleeve, I think that he would actually love to get to know him. That’s my opinion.”

Benjamin also opened up about what the experience of Filthy Rich has meant to him. “This was my first TV job I ever had, my first callback, and my first screen test,” Benjamin told HollywoodLife. “I came in really fresh, and I had the good fortune of having such a beautiful group of experienced actors embrace me as the new one. They allowed me to ask questions. They allowed me to, if I was insecure, to ask for advice. Kim [Cattrall] was one of those people because I remember after we shot the pilot, six months later, whenever we were back in New Orleans filming the season, she took me aside once and said, ‘The camera loves you. I saw the pilot. The camera loves you. All you have to do is do nothing because the camera loves you.’ It was just so special to have someone like that.” Filthy Rich airs Mondays at 9 p.m. on FOX.