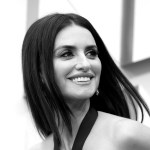 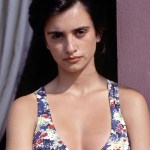 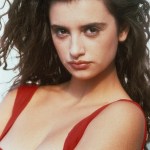 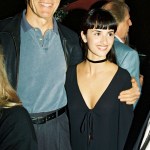 As lockdown restrictions ease around the world, Penelope Cruz and Antonio Banderas have returned to the set of their new comedy film in Spain.

Penélope Cruz is back on set of her new movie! The 46-year-old actress was spotted with fellow Hollywood A-lister Antonio Banderas, 60, shooting their new comedy, Official Competition, after filming was stalled due to the COVID-19 pandemic. The flick began filming in March in Madrid, however production on the Spanish film was shut down just eight days later as the world went into lockdown.

Nevertheless, fans are now getting their first glimpse of the brunette beauty on set — and she looked phenomenal! Penelope donned an 80s style jumpsuit and seriously looked like she had stepped out of a time machine. The ‘fit featured multi colored sequins in a zig zag design, and she wore sparkly high heels to complete the look. Her hair was also backcombed into huge, frizzy curls!

Meanwhile, Antonio wore a stylish suit for the shoot in Madrid. He portrays an actor whose huge ego comes in the way of a movie being filmed under the expert eye of the director — played by Penelope. She certainly looked like a boss lady in that figure hugging, power jumpsuit!

The Vanilla Sky star celebrated her 46th birthday earlier this year, and we can’t believe how far she’s come throughout her career. In her time on the big screen, the Academy Award winner has amassed an incredible résumé and worked with some of the most high-profile, and interesting filmmakers in the world.

She has landed some incredible roles over the span of her 20-year career, and after her Oscar-winning turn in Vicky Cristina Barcelona, she went on to appear in The Queen Of Spain, Murder On The Orient Express, and American Crime Story. All the while, she has maintained her elegant style, which she showed off at the 2020 Academy Awards in a vintage Chanel gown from the 1995 collection. Scroll through the gallery above to see more pics of Penelope’s transformation over the years.