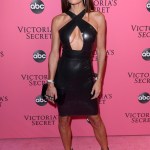 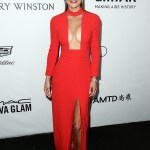 Bethenny Frankel dubbed Kylie Jenner’s recent post a ‘humble brag’, going on to criticize her for ‘flaunting’ during a pandemic.

Bethenny Frankel, 49, didn’t hold back her thoughts on 2-year-old Stormi Webster‘s back-to-school post! The Real Housewives of New York alum took to social media to comment on a photo posted by Kylie Jenner, 23, of Stormi rocking a $12,000 Hermès backpack. “I never say anything about this stuff but this is the most transparent humble brag I’ve seen yet,” the SkinnyGirl founder commented on Us Weekly’s post. “It’s everything wrong with everything,” she added on Sept. 30.

While there were mixed opinions on Bethenny’s response from fans, she went on to defend her comment on Twitter. “I commented on @usweekly on a 12k backpack on @KylieJenner daughter,” she wrote on Thursday, Oct. 1. “I’m no stranger to an @Hermes_Paris bag & have a daughter & luxury cars, but flaunting (under the guise of a back to school post) during a pandemic & the greatest unemployment crisis in our lifetime is a choice,” she went on.

I commented on @usweekly on a 12k backpack on @KylieJenner daughter. I’m no stranger to an @Hermes_Paris bag & have a daughter & luxury cars, but flaunting(under the guise of a back to school post)during a pandemic & the greatest unemployment crisis in our lifetime is a choice.

In the original post, Stormi posted in front of Kylie’s cars as she sported the pricey bag on her back, rocking a black outfit and a pair of Nike Air Jordan sneakers. She looked so cute with her hair in a bun as she slightly turned her smiling face for the camera. “First day of home school!” Kylie wrote over the image. In a follow-up video, the 2-year-old was ecstatic as she jumped and yelled, “First day of school! First day of school!” Of course, the toddler has rocked plenty of designer bags in her short life, including a multi-color Louis Vuitton nano speedy, as well as Prada’s re-edition nylon mini bag. Did we mention she also has a Fendi stroller?

It turns out Stormi had her cousins right by her side for home school, as cousins True Thompson, 2, and Chicago West, also, 2, joined in! Khloe Kardashian, 36, posted the cutest photos of the trio — along with Kim Kardashian’s youngest Psalm West, 1 — sitting around a table. The group appeared to be reading different books and getting their hands dirty with some arts and crafts as a teacher instructed them. We hope Stormi didn’t have her expensive backpack near the paint!