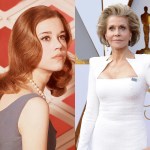 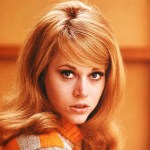 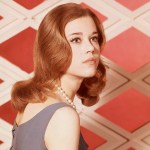 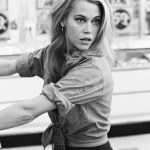 Jane Fonda and Michael Jackson were once close enough friends that they platonic sleepovers and skinny dipping sessions, the actress revealed on ‘WWHL’!

Actress and activist Jane Fonda counted Michael Jackson among her famous friends. The Grace and Frankie star, 82, revealed on the September 17 episode of Watch What Happens Live that she and the Michael were close enough that they even went skinny dipping together. “I found him very touching, a very interesting character. I knew him pretty well. I went to his house a lot. He came over to my house a lot,” Jane told host Andy Cohen, who had brought up an iconic photo of Jane, Michael, the Village People, and Caitlyn Jenner partying at Studio 54 back in the day.

Jane had plenty of sweet stories about the late “Billie Jean” singer to share. When she was filming On Golden Pond in 1981, Michael even traveled to New Hampshire to live with her for a week. Despite being one of the biggest stars in the world, Michael slept on a mattress on the floor in the living room the whole time. “When I really knew him best was around the time he made [Off the Wall], which was before Thriller,” his 1982 album, Jane recalled.

“I skinny dipped with him, how about that? Put that in your pipe and smoke it,” she told a shocked Andy. Jane answered fan questions, as well, during her WWHL appearance, including if she held onto her leotard from her workout video days. She auctioned it off “a long time ago,” unfortunately for the rest of us. When Jane joined TikTok in April, she brought back her legendary moves for a new, quarantine-style workout routine. She rocked a red leotard and yoga pants for the recreation of her VHS, which sold 17 million copies in the 1980s.

Jane also revealed that she, Lily Tomlin, and Dolly Parton were considering a 9 to 5 sequel, but the project’s on hold. They just haven’t gotten the script “right” yet. She also supports Will Smith‘s proposed 9 to 5 remake with an all-Black cast.