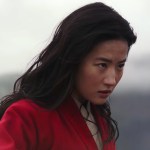 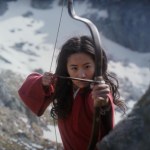 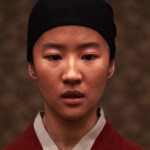 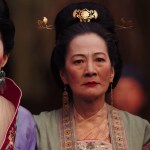 The live-action remake of the Disney classic ‘Mulan’ is now available to stream right in your living room. Time to bring the magic home.

The wait is over: over 20 years after the original animated feature hit theaters, Disney has finally released the live-action version of Mulan for the world to see. The courageous tale of a young, Chinese daughter who poses as a man to save her father from battle is reimagined in this uplifting and adventurous new movie for a new generation to learn her story.

Disney was meant to release the film in theaters March 27, 2020, but due to the coronavirus pandemic, the film pushed to rescheduled for July 24, 2020 and then again to August 21, 2020. However, by July, the company made the decision to make the film long-awaited by fans available on their streaming platform, Disney+, hoping to reach as many fans of the franchise as possible.

However, this will mark the first time that Disney+ is charging a premium fee to see the film. Unlike the release of Beyonce’s Black Is King, you’ll need more need Premier Access to watch, which will cost you an extra $30 and give you unlimited access to the film to watch over and over again. But first, you’ll need to sign up for Disney+ for just $6.99 a month here.

Once you have your subscription, and you enrolled in premier access, you’ll not only be able to watch Mulan, but you’ll also get access to the aforementioned Black Is King, plus the entire catalogue of Disney and Marvel movies, original shows like Emmy-nominated The Mandalorian, and the recent release of the Broadway musical,  Hamilton.

The highly anticipated film stars Yifei Liu in the title role of Mulan, alongside Donnie Yen, Jason Scott Lee, Yoson An, Gong Li, and Jet Li. Returning to the soundtrack for the film is Christina Aguilera, who not only revamped the classic track ‘Reflection’ for the 2020 film, but also recorded a new song called, ‘Loyal, Brave, True’.

And, if you’re willing to wait, Mulan will be available for all Disney Plus subscribers at no additional charge on starting on Dec. 4, 2020. If you can wait the 3 months, more power to ya!