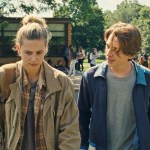 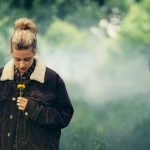 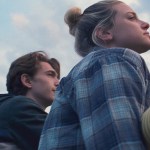 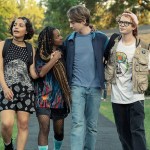 ‘Chemical Hearts’ director Richard Tanne spoke EXCLUSIVELY with HL about teaming up with Lili Reinhart, the movie’s ending, and why he doesn’t think Henry was actually ever in love with Grace.

Chemical Hearts is an incredibly emotional journey for both Henry Page and Grace Town. Director Richard Tanne tackles the teenage angst, grief, and love in his latest film, which is now streaming on Amazon Prime Video. HollywoodLife talked EXCLUSIVELY with Richard about all things Chemical Hearts.

Richard opened up about working alongside Lili Reinhart, who starred in Chemical Hearts and executive produced it. He’s always known she was going to be a “big star.” He also discussed finding the perfect Henry in Austin Abrams. Richard gave his interpretation of the movie’s ending and revealed why he thinks Henry only ever loved the “idea of Grace.”

Chemical Hearts was based on Krystal Sutherland’s book. How did you get involved with this movie?
Richard Tanne: The project came to me through Lili Reinhart. She’d seen my first movie and thought I might respond to the material. She had already identified the book as something that she wanted to be a part of. She wanted to play the role of Grace Town. So I read the book and was very pulled in by it. It had the effect of immediately putting me back in the space of my teenage self and my high school feelings. I went and met with Lili, and we talked about it. I told her what kind of a movie I wanted to make and how important for me it was to embrace the darkness of the book and embrace the painful side of being young. She was on board. That night after feeling very inspired I went and started working on the script, but I didn’t have the rights yet. I was just really compelled to begin writing and telling the story. So my history with the book was very limited. I just read it one time. I didn’t actually read it more than once before writing the script. I would occasionally go back and reference. I had talked to the author. We didn’t have the rights, but luckily, Krystal read the script and granted us the rights to make it. After she read the script, I had a conversation with her and she had told me that she really felt it distilled the book into its most potent form. She gave me her blessing to make my own piece of art, and I was really grateful for that.

So Lili didn’t audition for Grace? She just came to you saying she wanted to play Grace.
Richard Tanne: Yes. She was already in a Grace state of mind. That was one of the appealing parts of it was. I was familiar with her because did this little indie movie Miss Stevens, which I liked a lot. I’d seen the pilot episode of Riverdale years ago. Just from that first episode, I remember telling my dad who I was watching it with, “She is going to be a big star.” This just felt like a great fit for her, so I was excited to go down that road.

With Lili already being Grace, what was the casting process like to cast Austin Abrams as Henry?
Richard Tanne: It’s a very crucial role. Even though it’s a two-hander and the story is essentially telling both of their stories, you are seeing everything from Henry’s point of view. In fact, I think there’s only one scene in the movie where we leave his point of view. So it was very important to find somebody that you could access and somebody that you could easily kind of identify with and like and want to understand. He [Austin] was one of the first people that sort of popped up in my mind when I was working on the script because I had seen him in this movie Brad’s Status that he co-starred in with Ben Stiller. I just thought he was so naturalistic. There wasn’t a false note. The guy’s incapable of not opening up to the camera and letting us see inside. I would have cast him, but fortunately for us, he sent an audition tape in anyway. He liked the script. We both watched it and knew immediately that he was going to be the guy. He came in and did the chemistry read with Lili, and it was perfect. They did work together on a short film years before, and they liked each other. They enjoy each other’s company, which is really important. They had a little bit of history and had innate chemistry together.

There are a lot of Young Adult coming-of-age stories out there, so what was it about this particular story?
Richard Tanne: I can’t say that I’ve ever read something that’s labeled Young Adult. I know there’s been a proliferation of Young Adult books and movies. Since Nicholas Sparks and John Green came on the scene and were successful with movie adaptations, it seems like there’s just been one after the next. But I think part of what’s happened is there’s been — like any movie that’s about young people or any book that’s about young people — it’s just becoming easy to kind of slap the YA label on it. Back when I was a teenager, movies about young people were just movies about young people. They didn’t have a specific genre. Rushmore was allowed to be a coming of age movie, Better Luck Tomorrow was allowed to be a crime parable, but it also happened to be about young people. I never looked at it [Chemical Hearts] as a YA movie. I didn’t know much about that. I was reading this book and just getting wrapped up in how it makes me feel and what it made me feel. It took me back to that time in my life when I was 16-17 years old, where there’s enough happening to me and around me that I’m able to kind of cross the threshold from adolescence into adulthood. Doing that through pain and loss and grieving and tragedy… it’s difficult. We don’t always want to see movies that deal with these issues. It’s not exactly escapist entertainment, but we all go through that hellfire when we’re younger. We get our first dose of reality, and that’s what I liked about the book. It didn’t shy away from that. I know that Krystal in writing the book was actually on record talking about how she was deliberately trying to do an anti-YA novel in the sense that she felt she was subverting the tropes. You kind of have the manic pixie dream girl trope that I guess pops up in a lot of these kinds of books and movies. What she tried to do was tantalize Henry with that prospect, only then to have to teach him that Grace is a real person. She’s multidimensional. She’s on her own journey, and he may not get what he wants from the relationship or from her. So I think that’s interesting. But I was only looking at it from what it made me feel and what I wanted the audience to feel, so if it’s different from other YA movies it’s only because it was only ever trying to be itself.

The scene in the movie that struck me the most was when Henry finds out Grace has been living with her boyfriend’s parents and he realizes that she has not processed her grief about the accident and her boyfriend’s death. That scene gutted me.
Richard Tanne: We all have those moments. Sometimes we have them when we’re teenagers, and sometimes we have them when we’re a little bit older. I mean, people in their 50s are probably still having moments like that. When you’re 16 or 17 and you’re coming up against something that you’ve never had to experience before, in that scene in particular, Henry’s trying to process something that is so foreign and alien to him. It’s shocking and hurtful. He’s only capable in that scene of thinking about how it makes him feel, so his reaction is emotional, irrational, but that’s realistic. Likewise, Grace feels very much for Henry and cares for him. Maybe she doesn’t love him, but she cares for him. She’s genuinely confused and needs to stand up for herself and draw the line and create a boundary. But again, at 16-17 years old, she doesn’t really know how to do it. It’s not the most productive breakup that people have ever had, and it shouldn’t be. It’s not particularly fun to watch. It hurts. It’s awkward. It brings back just muscle memory of not knowing how to handle certain emotional milestones. That’s why I filmed it so close. It really gets up into their nostrils because I didn’t want to give the audience anywhere to go.

I wanted to talk about the ending because I loved the ending. It doesn’t wrap up Grace and Henry’s relationship in a perfect bow. It’s a little bittersweet, and that’s what happens a lot of the time when it comes to relationships with high school. Sometimes you fall in love, and you never see that person again after you graduate. I wanted to get your take on the ending just because I thought it was just really well done and really suited this story.
Richard Tanne: I’m so glad for your interpretation of things and your reading of things. You’re one of the first people I’ve talked to now who has seen it, who wasn’t involved in the making of the movie, so it’s interesting hearing it through your eyes. I think this may be controversial, but I don’t think Henry was actually in love with Grace. I think Henry thought he was in love with Grace. I think Henry was in love with the idea of Grace, but Henry had a lot of growing to do himself. Interestingly, it’s a love story, but it’s sort of about two kids who realize they have to love themselves first. I think that’s what the ending is. The bitter part is that they’re not going to end up together. Austin just has the most crushing, hopeful look on his face when she comes back. He thinks there might be some spark reignited. But then you see she’s doing better and she’s on her way, and he sort of picks himself up again. He’s out with his friends. He’s going to get over it. He’s going to get through it. I think that’s what it is. I’ve shown various cuts to a lot of people over the months of editing it and tweaking it and honing it. Depending on the kind of person you are, some people think they’re going to get back together. I’ve actually heard that. Some people think it’s only a matter of time. To them, I say great. I love that you can have that level of optimism. For me personally, I think that’s probably the last time that they’ll ever see each other aside from occasionally looking each other up on social media years down the line just to see what the other ones up to.