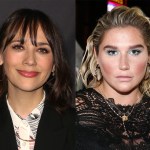 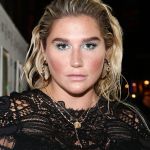 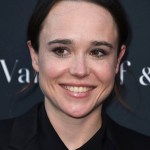 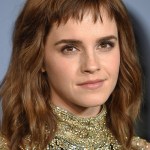 Britney Spears is pledging to go easy on wearing makeup, and as a result her adorable freckles are now visible. She sweetly showed them off in a new video, and Selena Gomez called her an ‘inspiration.’

Queen of freckles! Britney Spears has spent much of her life in heavy stage makeup and is now relishing being able to go au natural more often. The 38-year-old shared an Instagram video with her fans on Sept. 3 where she let down her guard and showed off closeups of her face and upper chest, which were covered in adorable freckles. Fellow pop star Selena Gomez applauded Britney, calling her a “rare beauty” after Brit mentioned the “Wolves” singer in her caption.

“For the first time in my life I’m going without lots and lots of makeup !!!!!! These clips show a closer look at my face….which is very scary for me…you can actually see my freckles!!!!” Britney wrote in the caption. She then went on to explain how hard it was becoming a pop superstar at 16, and all of the scrutiny about her looks that came with it over the years. She even name-checked Selena and her 2015 hit “Kill ‘Em With Kindness” in her caption, along with the song’s lyrics.

“Growing up in Hollywood can be hard !!!! It’s all about looks….and the press can be pretty mean…..’why does she look so old’… ‘why does she look so young’…’why is she too big’…’why is she too skinny’ ?!?!!!! As Selena Gomez says…..the world can be a nasty place…kill them with kindness…GOD BLESS YOU ALL !!!!  And with all that love right back to ya!!” Britney concluded.

She got Selena’s attention, as the “Wolves” singer wrote in the comments, “You’ve always been beautiful and a huge inspiration to me. You’re rare beauty!!!” Selena’s last album was titled Rare and she has developed a line of beauty products by the same name.

Fans went wild for Selena’s comment, with many begging for a collaboration between the two singers. Others were just so happy to see the power of the two ladies connecting. Fan @ouliian wrote under Selena’s comment, “@selenagomez queens we love you both! happy to see that you support each other!” while @majrof added, “@selenagomez both beautiful and incredible…talented…I love it so much.” It really is a beautiful thing to see that kind of love and support between two pop princesses.

Britney wore her favorite off-the-shoulder white and blue floral peasant crop top in the video, where she struck different poses. She had a slight smile on her face as she moved in for a close-up, where faint freckles could be seen dotting her cheeks. While standing in the sun of her backyard, the light kissed her pretty face and helped her skin glow.

While Brit’s cheeks were bare, she still isn’t ready to let go of her dark eyeliner yet. Her eyes still had her usual smokey liner on the upper and lower edges, along with dark mascara. But as she said in her caption, she’s new to going without so much makeup, so for Britney, she’s taking it in baby steps.