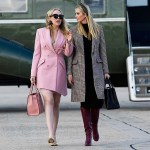 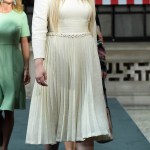 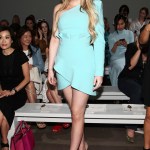 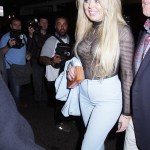 She didn’t scream or shout, but Tiffany Trump’s speech at the 2020 RNC was nonetheless unnerving. The president’s daughter, 26, blasted Joe Biden’s decency and the media in one fell swoop.

Seconds after former Florida Attorney General Pam Bondi accused Joe Biden of nepotism, the president’s youngest daughter, Tiffany Trump, spoke at the 2020 Republican National Convention. Trump, 26, praised father Donald Trump and lamented that his supposed achievements are shrouded by a biased liberal media in her August 25 speech. “Rather than allowing Americans the right to form our own beliefs, this misinformation system keeps people mentally enslaved to the ideas they deem correct,” Trump said. “This has fostered unnecessary fear and divisiveness amongst us.”

Though she didn’t shout and warn about doomsday like other RNC speakers, Trump’s measured speech still packed a forceful punch. She continued to stress, with a smile, that voters not listen to the media — a constant talking point of her father’s — and move away from supporting Biden. “This election, I urge each and every one of you to transcend political boundaries,” she said. “I urge you to make judgment based on results and not rhetoric.”

Trump, who recently graduated from Georgetown Law, continued, “If you tune into the media, you get one biased opinion or another. And if what you share does not fit into the narrative they seek to promote, then it is either ignored or deemed a ‘lie,’ regardless of the truth. This manipulation of what information we receive impedes our freedoms. Why are so many in media and technology so invested in promoting a biased and fabricated view?”

Trump also lobbed an attack against Biden, telling viewers at home, “I encourage you to see beyond the facade that so many other politicians employ. They mask themselves in disguises of decency.”  Trump’s speech came on the second night of the Republican National Convention; her father is scheduled to accept the GOP nomination for president on August 27.

If you haven’t registered to vote yet, there’s still time. It’s as easy as filling out the form below: