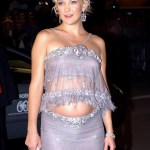 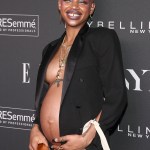 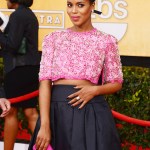 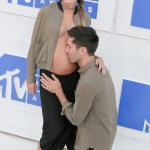 Less than a week away from giving birth to her second child, Brie Bella took a moment to reflect on how ‘excited’ she is to ‘grow her family’ while also showcasing her bump.

“6 days away from my due date,” Brie Bella, 36, captioned her July 21 Instagram post that updated her 7.7 million followers on her pregnancy. “Dilated at a 2. So many Braxton Hicks [“false” labor pains, according to WebMD]. Not sleeping. Water weight coming on strong. Many stretch marks across my belly to let me know I’m almost there. [pregnant lady emoji].” The Total Bellas star and twin of the similarly pregnant Nikki Bella, 36, posed in a set of white lingerie while cradling her bare bump. The picture, taken by photographer Jennica E. Maes, captured the pure essence of motherhood, with Brie looking absolutely stunning. Though the conditions she described makes it sound like she’s not having a fun time, the WWE Hall of Famer said she “can’t wait!!!!” to give birth. “I’m so very excited to grow my family and meet this wild baby in my belly.”

6 days away from my due date. Dilated at a 2. So many Braxton Hicks. Not sleeping. Water weight coming on strong. Many stretch marks across my belly to let me know I’m almost there. 🤰🏻 I can’t wait!!! I’m so very excited to grow my family and meet this wild baby in my belly. 🤱🏻 📸: @amaes_photography

This is baby no. 2 for Brie and husband Daniel Bryan (aka Bryan Danielson, 39). The couple welcomed daughter Birdie Joe Danielson, 3, in 2017. “The idea of 2 kids so young is stressful for [Brie],” a source told HollywoodLife EXCLUSIVELY, “but she’s got plenty of family around to help her. She’s wanted this for a while now and is excited.” The main stress for Brie – besides the dilation, the Braxton Hicks, and the sleepless nights – is “getting Birdie comfortable,” the insider noted.

For Nikki, this is her first time giving birth, and she’s expected to welcome her and Artem Chigvintsev’s son – and she’s due a week or so after her sister. While Brie and Daniel are unaware of their unborn child’s sex, Brie and Artem learned they are having a boy on the June 11 episode of Total Bellas. Artem, “like any new parent,” a source told HollywoodLife EXCLUSIVELY, “is nervous with the arrival of his son any day now. But it’s mostly because he wants to make sure he’s there for Nikki and wants to make sure everything goes smoothly for her.”

Things haven’t been going that smoothly for the Bella Twins. After all, they announced they were both pregnant in January, right as the COVID-19 novel coronavirus pandemic was arriving in the United States. The two have spent the bulk of their pregnancy in self-isolation, and Nikki admitted on the July 1 episode of The Bellas Podcast that she was “literally about to lose it. I’m sick of being inside. I’m sick of not being a part of the world. I’m sick of being in the heat. I can’t even go on my walks, and I think that’s what’s made it worse. It sounds like such silly things that you can’t do, but it is crazy.

“Like, mentally, I am breaking,” she added. “I almost wish my boy would get here sooner so I could, at least, be inside and know like, I’m taking care of this new baby and learning. Instead, it’s like a waiting [game], and I’m tired of being in lockdown.”