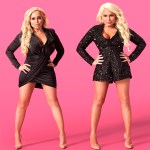 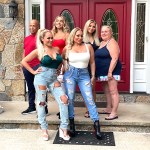 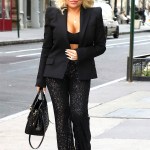 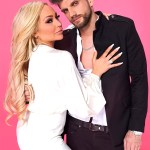 ’90 Day Fiance’ fan fave Darcey Silva is getting a spinoff with her sister, Stacey. In the first trailer, Darcey falls for her new boyfriend but secrets threaten their relationship.

After heartbreak, Darcey Silva is ready to open her heart again. Darcey and her twin sister, Stacey, are getting their own spinoff, Darcey & Stacey, which premieres Aug. 16 on TLC. “Having two really bad breakups has not been easy for me. I’m ready for a new chapter,” Darcey says in the trailer.

She’s got a very sexy new boyfriend named Georgi Rusev, who hails from Bulgaria. “I feel like I’m falling in love again,” Darcey says. However, she still has her doubts. “It’s almost too good to be true,” she admits.

Meanwhile, Stacey is ready for the next step with her fiance, Florian. After a 5-year engagement, he’s finally been approved for the K-1 Visa. They have 90 days to get married once Florian arrives in the U.S. “He’s my rock. We’re meant to be together,” Stacey gushes.

But Darcey is “worried” Florian is going to break Stacey’s heart. There is a compromising photo of Florian with another woman who barely had any clothes on. “I can’t believe this is happening!” Stacey cries. At one point, she says that it’s “over” between her and Florian.

Darcey begins questioning Georgi when she becomes skeptical. “I don’t want to talk anymore about the f**king past,” he says. During a dinner, Stacey tells Darcey that she doesn’t know enough about him. The subject of a baby comes up. “Do you f**king having a baby?” Darcey asks Georgia.

This season will also take a closer look at the rest of the Silva family including their father Mike, Darcey’s teenage daughters Aniko and Aspen, and their mother, Nancy. Darcey & Stacey will air Sundays at 10 p.m. following new episodes of 90 Day Fiance: Happily Ever After?