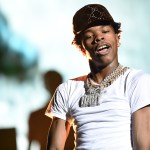 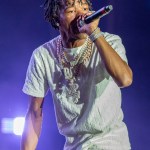 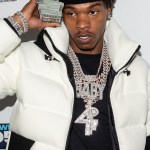 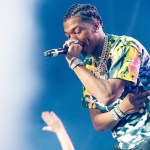 In a revealing new interview, Lil Baby argued that Black people are not exempt from being called racist while revealing he’s experienced so much ‘police brutality’ that’s he’s grown ‘accustomed to it.’

“I’ve been a victim of police brutality,” Lil Baby, 25, says “nonchalantly” to writer Charles Holmes in the cover story of the August 2020 issue of Rolling Stone. Following the death of George Floyd by the hands of the police, Lil Baby (born Dominique Jones) hit the streets to protest. He also released a song, “The Bigger Picture,” in June, one that detailed his own clashes with the police. “I’ve been in prison where white officers control you,” he told Rolling Stone. “I’ve been in a court system where white judges give you a different time than they would give someone white. There have been times I had a physical altercation with an officer, and he then grabbed me and took me to a room where there’s no camera. We have a physical altercation and left me in a room for about an hour. I’m in there yelling and screaming.

“I’m so accustomed to it, we don’t even make it no big deal,” he adds. “…Where we come from, we’ve got so accustomed to something going wrong. Right? Ain’t nothing we gon’ be able to do about it. I’m from Atlanta, where they had a unit of police that got dismantled for police brutality. The Red Dogs got dismantled for using way too much force. …That shit an everyday thing where I’m from.”

Though Lil Baby has had this firsthand experience with the police brutality that the recent Black Lives Matters demonstrators protested against, he seemingly defended the cops in “The Bigger Picture.” (“Corrupted police been the problem where I’m from / But I’d be lying if I said it was all of them,” he rapped. When pressed about the idea that there could be no good cops in a fundamentally racist system, Lil Baby offered a different view.

“Just ’cause you work in a racist system doesn’t mean you racist,” he said. “Damn near every system that got a job is a racist system. You know what I mean? CEOs be like old white people. You never know, they got to be some kind of racist ’cause at some certain age, your parent, that was the way of life almost. So I almost feel like all these corporations or whatnot may be racist. And black people are racist too.”

This, as pointed out by Holmes, is contrary to the argument that racism is “prejudice combined with social and institutional power,” per The Guardian. This recent argument states racism is different from prejudice, and that racism requires a system of institutional power (lower wages, lower college admissions rate, higher incarceration rate, etc.) for it to exist. Holmes argued that Black people can’t be racist because “Black people, historically speaking, don’t have any power to be racist. We can be prejudiced.” Lil Baby didn’t see it that way.

“To me, a racist is someone who treats a different race than theirs a different way than they would treat theirs,” Baby told Rolling Stone. “I feel like if you’re a black person and you treat all black people one way and all white people one way, you’re racist. I’m not a racist, so I give a white person a chance to talk, and actually, we get into it before I can say I don’t like you or not. And I feel the same way about a black person. You ain’t gon’ be my buddy just ’cause you’re black. Just straight up.”