It seems as though there’s no love lost between Megan Thee Stallion and Tory Lanez. The two were believed to be an item, or at least friends before Tory, 27, was arrested for carrying a concealed weapon, which was found in his vehicle, in the early hours of the morning on July 12. Megan, 25, was in the car at the time, and later confirmed that she suffered gunshot wounds. Now, it appears as though she’s cutting ties with Tory — on social media, anyway. 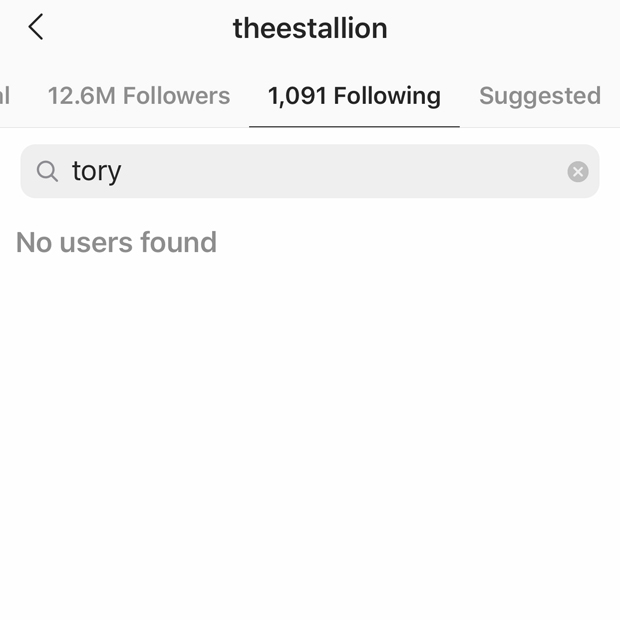 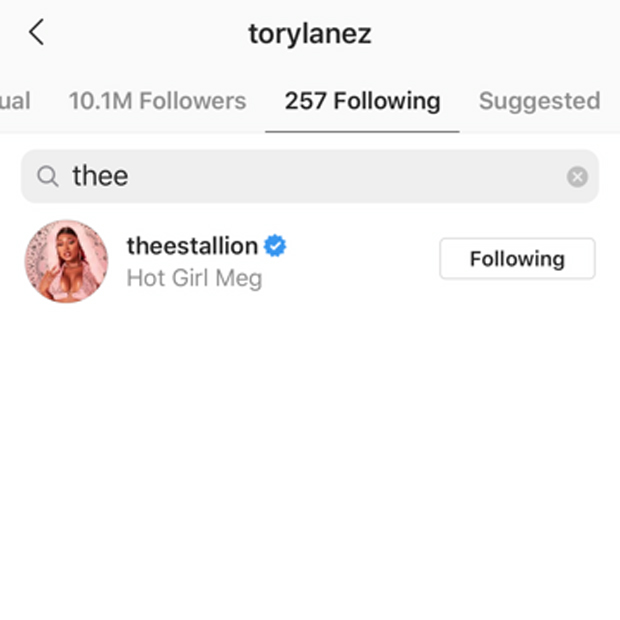 HollywoodLife confirmed Tory’s arrest after obtaining a copy of the arrest report. The events which led to Tory’s arrest began when an alleged argument broke out at a party in the Hollywood Hills in the early hours of the morning on July 12. Both Tory and Megan, along with Kylie Jenner were all present at the party. Authorities were called to the party’s location at around 4:30 am. We previously reported that witnesses alleged shots were fired in the air before an SUV in the same area sped off. After police received a description of the vehicle, authorities were able to locate the car, and that’s when police found Tory and Megan inside, along with another unidentified woman, as well as a gun.

As Megan was being transported to the hospital due to her injury, Tory was arrested and booked for carrying a concealed weapon in a vehicle, which is considered a felony. He was released hours later after posting $35K bail, as seen in the arrest report. Police listed Megan as a “victim” of the incident, according to the arrest report.

Days after news of the incident, Megan took to Instagram to set the record straight about conflicting reports. The rapper denied being arrested and confirmed that police drove her to a nearby hospital, where she underwent surgery to remove bullets from gunshots wounds. In video footage from the incident, Megan could be seen limping with blood coming from her foot.

Tory has not spoken out publicly about the incident. HollywoodLife reached out to representatives for both Tory and Megan for comment.