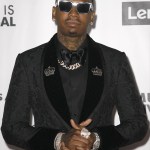 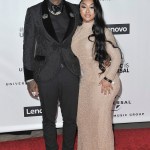 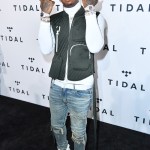 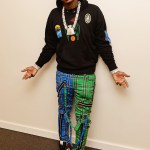 MoneyBagg Yo showered his girlfriend, Ari Fletcher, with a Lamborghini on her 25th birthday, and the mother of one of his children, Chyna Santana, had a LOT to say about it.

Chyna Santana is NOT happy that MoneyBagg Yo, the father of her child, got his girlfriend, Ari Fletcher, a Lamborghini for her birthday on July 12. After Ari showed off the lavish gift on her social media, Chyna went on Instagram Live to rant about the situation. Chyna seemed to mostly be upset about the fact that she was just with the rapper nine months ago, and that he’s only been dating Ari since January — so a Lamborghini is quite the expensive birthday present!

One of Moneybagg Yo's baby mommas goes off on live and says she feels a way about him buying Ari a Lamborghini truck:

"You only been f**king with this hoe for 9 months." 👀 pic.twitter.com/KpnKQnOgCg

During her expletive-filled live video, Chyna made it clear that her issues with MoneyBagg have nothing to do with Ari. “It’s not about that h*,” she said. “It ain’t about her. It ain’t ever about that h*. It’s about the n***a. If it were about a h*, I woulda went at that n***a months ago.” She also insisted that she was “cool” with MoneyBagg, but admitted that she may have messed that up with her ranting video.

Ari was also showered with love at a birthday party, and posted a video of herself arriving to the bash, which was decked out in balloons and flowers. Meanwhile, MoneyBagg Yo shared a picture of Ari posing in front of her Lamborghini on his own Instagram page. “All white Lambo like Marshmello she got one to match,” he wrote. “Happy Bagg Day gangsta go up.”

Ari was previously in a relationship with another rapper, G Herbo, who she shares a son with. Earlier this year, Herbo released a song called “Feelings,” where he admitted that he still has feelings for the online influencer. “I got love for you still, literally, I hate that we seeing s*** differently, I can’t let it get to me,” he rapped on the track, after nothing that he was singing about his son’s mother. By that time, though, Ariana had clearly moved on already!