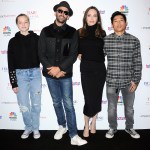 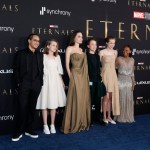 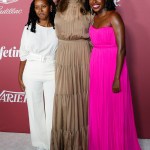 Angelina Jolie talked female empowerment when she sat down with former Secretary of State Madeleine Albright for the National Democratic Institute.

Angelina Jolie, 45, wants women to understand their value, and ultimately unlock their full potential. The A-lister sat down with former Secretary of State Madeleine Albright for a discussion, which was moderated by Mika Brzezinski for the National Democratic Institute. During the video chat, the Maleficent actress said there were many “societal factors” holding women back. “Women contribute so much, they are giving, are nurturing by nature, are community-building by nature, are strong, are intelligent, and yet what is it that’s holding us back?” Angelina began.

“I think when you speak of value, that’s something to really sit with. Why is it that so many women still don’t know their own value? What is it that’s been done to us, whether it be the rapes and the lack of accountability for the rape, whether it be domestic violence, whether it be … this question where we still, we still are saying, ‘Please stop hurting me,’ and ‘Please hold someone to account if they hurt me’,” she added.

During the portion of their conversation, which the National Democratic Institute shared on Twitter, the former public servant said the result of empowering women included, “women that are able to make a political difference by running for office” and “being part of the decision-making mechanism.”

Angelina has been outspoken on a number of different topics during the COVID-19 pandemic, and recently opened up in a rare interview with Harper’s Bazaar, published on June 12. The interview comes a week after, amid all the peaceful Black Lives Matter protests, Angie donated $200,000 to the NAACP Legal Defense Fund. As the Maleficent actress says in the talk with Harper’s, the ongoing protests over George Floyd’s death hit home. “I was fortunate years ago to travel with the UN to frontlines around the world and put into perspective what really matters,” she began. “Having six children, I am reminded daily of what is most important. But after almost two decades of international work, this pandemic and this moment in America has made me rethink the needs and suffering within my own country.”