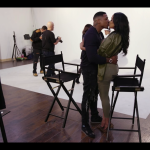 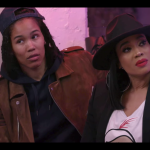 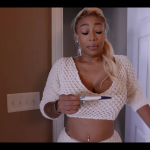 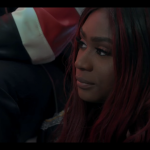 Tokyo Vanity’s triumphant return to Instagram was marked in the best way: with a video showing the ‘LHH’ star twerking in a tiny outfit. The video comes six months after revealing she’s losing 150 pounds.

Toyko Vanity pretty much broke Instagram with a sexy video she posted on July 6, which featured the Love & Hip Hop: Atlanta star twerking in the tiniest of outfits. Tokyo, 25, looked carefree and cute in the clip that showed her dropping it low in front of her bathroom mirror while wearing an all-black outfit: super short shorts and an off the shoulder sweater. An unknown friend is filming the twerk sesh from off camera with their phone.

The “That’s My Best Friend” rapper’s dance video comes six months after she revealed that she’s embarking on a major weight loss journey. Tokyo’s goal is to lose a total of 150 pounds, and she’s clearly well on her way to achieving that dream. She’s been putting in hard work at the gym with a personal trainer, who’s documenting her progress on Instagram. She’s been incredibly candid about the struggles of losing weight.

Her fans were obsessed with the video, obviously. “Not sure if you’re ever going to see this but you’re a beautiful black queen and I see nothing but a strong woman,” one admirer wrote. “It’s the arch for meee!” a commenter said. Another tried to shoot their shot with Tokyo, which is understandable. “heyyy pretty mama throw that ass my wayyyyyyy,” they wrote.

She captioned a January 15 Instagram video, which showed her lifting weights, “This sh*t hurt but I’m about to eat then go to the gym for the second time today see you in the morning.” Relatable, right? Regardless of size, Toyko’s happy with who she is. She once declared on LHH, “My brand is body positivity and loving what you look like, whether you big, small, short or tall.”

Later in January, Tokyo shared another intense workout with her fans and revealed that she had set a new goal for herself: losing 30 pounds in 30 days before a trip at the end of February. Her trainer previously said her normal goal was 15 to 25 pounds a month. Which was already a lot!