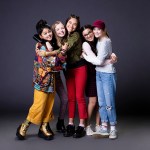 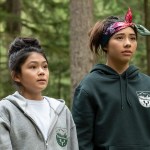 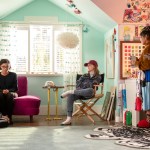 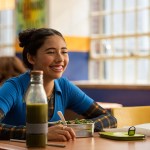 Shay Rudolph stars in Netflix’s ‘The Baby-Sitters Club,’ bringing Stacey McGill to life once again. HL spoke with Shay about how she prepared for the role and more.

The Baby-Sitters Club debuted July 3 on Netflix and instantly melted our hearts. Stacey, Kristy, Dawn, Claudia, and Mary-Anne haven’t been seen since the ’90s, but now they’re back with a Gen-Z twist. The Netflix series is just as touching and relatable as Ann M. Martin’s books, the movie, and the TV show were back in the day.

HollywoodLife talked EXCLUSIVELY with Shay Rudolph about stepping into the role of Stacey McGill. The young actress opened up about how she researched diabetes so she could “accurately” portray Stacey. Shay also revealed which Baby-Sitters Club characters she’s the most similar to and what she’d like to see in a second season. (Hint: it’s a trip to the Big Apple!)

When you got the role of Stacey, how did you prepare? Did you watch the movie? Did you read the books?
Shay Rudolph: Well, I usually prepare for every role that I do, but this one was especially easy to prepare for because there’s so much content out there with all of the books. I had a lot of fun doing my research. I ordered as many books as I could before shooting started and had a ton of fun reading them on a road trip up to Canada.

Like in the books, Stacey has diabetes in the show. What was the research process like for you? How did you approach this aspect of Stacey?
Shay Rudolph: I interviewed some teenagers my age that have juvenile Type 1 diabetes. I just talked on the phone with them and asked them a lot of questions about what it feels like when they know their blood sugar is dropping, how it’s affected their friendships and day-to-day life, how you use an insulin pump, and things like that. That really helped me connect with Stacey and get to know her a little better because I wanted to portray diabetes as accurately as I could so that anybody at home watching this with diabetes could really feel represented on screen.

When you look at all the characters, who are you most like?
Shay Rudolph: Actually, I feel like I’m the most like Claudia. I feel like I have a lot of each of the girls in me. That’s something that’s really cool. Everybody that watches this or has read the books knows that they have little pieces of each of the girls, but I definitely am a lot like Claudia and Dawn. I really like art. I’ve been super creative for my entire life. I’ve always loved painting, and I’m always doing arts and crafts. I’m a Dawn because I’m a vegetarian. I’m from California and I’m like a super eco-activist. But I would say I’m also a little bit of Stacey.

Stacey has impeccable style, I just have to say.
Shay Rudolph: There are so many fun outfits that I got to wear while we were shooting. Honestly, everything was so cool. She definitely influenced my fashion sense in real-life as well. She made me want to get out of wearing jeans and a T-shirt and start wearing fun glasses and cool, embroidered sweaters.

What do you find the most inspiring about Stacey?
Shay Rudolph: I think she has a really open heart. It’s kind of hard for her because I think people can judge her and think that she is about popularity, boys, and fashion, but she really cares about the club and puts that first and foremost before anything else. She’s a super loving and sweet girl once you get to know her.

What would you like to explore more of with Stacey in a potential season 2?
Shay Rudolph: That’s a really good question. I think maybe something that would be fun to explore is her ties to New York. Maybe she could travel to New York for a little bit with some of the girls. I know I think that happens in a Super Special book. That would be so fun.

What was it like bonding with your co-stars and really becoming friends offscreen so you could be friends onscreen?
Shay Rudolph: Honestly, there was an instant connection as soon as we met at the final audition, which was the chemistry read. We naturally started gravitating towards each other during our snack breaks. We kind of instantly connected without even trying to, and then it just solidified our friendship. We got closer and closer every single day. I know that some actors don’t really have friendships with their co-stars in real life, so I was super lucky to love the girls on-screen and off. I loved hanging out with them every single day.