What’s better than a clean shaven KJ Apa? — A bearded KJ Apa! The Riverdale star, 23, debuted a full brunette beard in a new selfie celebrating Pride on June 29. KJ’s brunette hair, which he’s been growing while in quarantine, appeared to be blowing in the wind in the outdoor snap.

Fans of the actor will know that his longer locks and voluminous beard are completely different from his usual freshly shaved face and shorter reddish-brunette hair. Many Instagram users pointed out that the actor’s quarantine makeover makes him unrecognizable. While that may be true, KJ is still as handsome as ever. 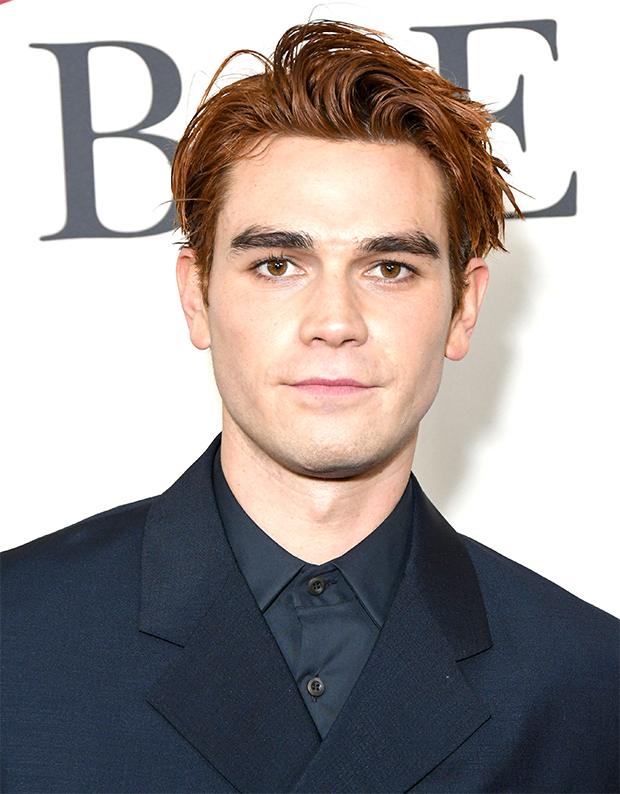 The actor joins a slew of male stars who’ve grown facial hair during quarantine, which began around early March in most states. Diddy grew out his hair while at home in LA amid the global health crisis (COVID-19). The hip hop legend showed off a salt and pepper beard and matching hair in March — making him one of the first hunks of Hollywood to debut new quarantine facial hair.

Related: The Best Clip In Hair Extensions According To Celeb Stylists

SPECIAL ANNOUNCEMENT... time to get your fair share!!!! OURFAIRSHARE.COM @ourfairshare

DJ Pauly D was also one of the first male stars to debut a quarantine beard in the middle of May. The Jersey Shore veteran shared a quick glimpse of his well kept, dark beard in a video on Instagram — calling his new look, a “new flex.”

Meanwhile, Dwyane Wade took his quarantine makeover to another level having recently dyed his hair both pink and fiery red. The Miami Heat legend, who normally rocks a full beard, has kept his facial hair growing throughout quarantine. And, he’s back to brunette hair, following his colorful dye jobs.

Jackass star, Johnny Knoxville admittedly embraced his quarantine beard and au naturale grey hair in a selfie back in April. “Don’t tell anyone but I’m no longer a natural brunette,” he captioned a post on Instagram at the time. “I haven’t been for over 20 years so today I decided to cut my hair down to the roots to match my quarantine beard,” he continued, adding, “I should start a challenge but I don’t want to call anyone out. Hugs to everybody!”

Don’t tell anyone but I’m no longer a natural brunette;) I haven’t been for over 20 years so today I decided to cut my hair down to the roots to match my quarantine beard. I should start a challenge but I don’t want to call anyone out. Hugs to everybody!❤️