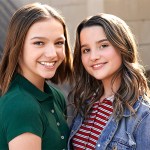 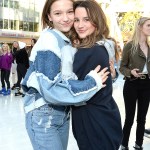 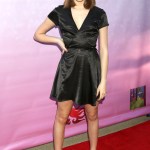 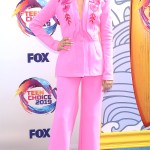 ‘The Kissing Booth 2’ stars are joining Annie LeBlanc and Jayden Bartels for the ‘Group Chat’ finale. In this EXCLUSIVE preview, Joey King and more of her co-stars play a round of Home Roam!

Their first mission? To find a musical instrument. Taylor comes back first, followed by Maisie, who brings a whole piano. Joey has a ukulele, while Joel turns up empty-handed. Jayden tasks the co-stars to find something homemade next. Joel is back first this time around with a lovely cactus painting. Joey returns last this round, and she also has a painting.

For the final round, The Kissing Booth 2 stars have to find something purple in their house. Maisie wins this round right away because she doesn’t even have to go anywhere. She’s wearing a purple top! Joey brings back a cute stuffed animal, and Joel comes back empty-handed again.

Joel, Maisie, and Taylor tied this game of Home Roam. Since Joey came in last place, she has to share the most embarrassing photo off her camera roll. She scrolls through her photos and finds one she took after a workout that she sent to Taylor. It’s not even that bad, though! There’s nothing like a funny selfie!

Group Chat with Annie and Jayden is a video chat rundown of the week’s latest hot topics, taken directly from what kids love and are talking about across social media. Each episode also features Hayley LeBlanc, along with celebrity guests as they talk about the hottest trend topics of the week based on what kids are currently discussing across social media, play games, and compete in challenges–all via video chat. The Group Chat finale will air June 27 at 8:30 p.m. on Nickelodeon. If you’re a Kissing Booth fan, the sequel will premiere July 24 on Netflix!