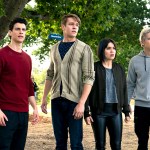 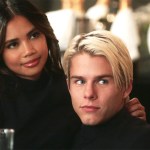 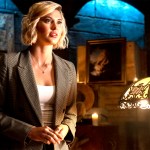 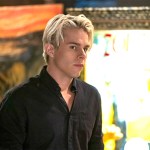 ‘The Order’ season 2 finale left fans with their jaws on the floor. HL spoke with Sarah Grey about Alyssa’s heartbreaking end, her thoughts on Jack and Alyssa, and what she’d like to see in a potential season 3.

The Order just went there. In the final moments of the season 2 finale, Alyssa was brutally killed by Gabrielle in werewolf form, who was possessed by Midnight. Yes, The Order just killed off Alyssa Drake. Or so it appears.

HollywoodLife hopped on the phone with Sarah Grey to talk about Alyssa’s fate. The actress admitted that she was “shocked” when she learned of Alyssa’s death. However, she did note that she has asked creator Dennis Heaton about how Alyssa could return for season 3. Sarah also opened up about Alyssa’s evolution in season 2 and what she thinks Alyssa’s goodbye to Jack really meant.

First and foremost, what was your reaction when you found out that Alyssa was going to die?
Sarah Grey: Thankfully, Dennis [Heaton], our showrunner, warned me before I just read it on my own, which I really appreciated. But I was shocked and also excited because I felt like no one was going to be expecting it at all.

When Alyssa is attacked, Jack tries to help and begs Alyssa to give Vera her magic back. Do you think Alyssa just didn’t want to give Vera her magic back? Or do you think she just physically couldn’t do it?
Sarah Grey: I think she chose not to because I think she has just been at such a pivotal point in her life. I feel like, throughout the season, Alyssa has gone through her own form of like existential crisis and is really at a point where she doesn’t know who to trust anymore, what to trust, what to believe in. So I think she was just trying to take that next step. But unfortunately, she was caught in that and died during the process.

Do you think there’s a part of her that was content with dying? What Vera said about sacrifice echoed in my mind when Alyssa was dying.
Sarah Grey: I think it would have been sad for Alyssa because there is so much more that she wanted to do. I’m sad for Alyssa because I think she’s someone who does have good morals, and she does want to do what’s right. That’s her main focus. I just think it’s sad because I feel like this magic world needed someone like Alyssa to lead it.

Before her death, Alyssa said goodbye to Jack. Do you think that was the end for them? Or the start of a new chapter?
Sarah Grey: The hopeless romantic in me doesn’t want to believe it’s the end. I feel like they are these two people where it’s like this magnetic pull between them that they can’t seem to fight. Even though so many obstacles get in the way, and life gets in the way, I feel like their love is so strong. I think it’s possible if Alyssa were to come back that it would keep intertwining, but at the same time, I think that goodbye was Alyssa trying to come to terms with the fact that it seems like they will never be able to truly work, and it’s only causing havoc for the both of them when they try.

How do you feel about Alyssa’s evolution from the start of the season to the end of the season?
Sarah Grey: She just went through so much this season. I was excited for her because there was almost a naivete to her in the first season. I felt like some truths came to the forefront with her, and she realized that she can’t just trust anyone. I felt like she was more independent over season 2 and started thinking more for herself and took on more of that responsibility of where her morals lied and what she could do about it. I felt like she took things into her hands more in season 2.

When you found out what happened to Alyssa, did you ask Dennis whether or not you were going to come back for season 3?
Sarah Grey: He told me an idea. I did ask him, but I can’t let anyone know what it is.

Hypothetically, if you were to come back, is there any aspect of Alyssa you’d like to explore in season 3?
Sarah Grey: I think I want to see her become even more independent and sure of her self within all of this. I would love for her to also have more friendships moving forward because I feel like she was so alone. I would love for her to just a chat with a girlfriend or someone that she could talk to because she’s been so alone on this journey. I think I would like to see more intimacy for Alyssa as well as independence at the same time.