Gabby Barrett’s debut album, GOLDMINE, officially drops on June 19. The 19-year-old, who came in third place on the 16th season of American Idol in 2018, co-wrote 12 out of the 13 songs on the record. In an EXCLUSIVE interview with HollywoodLife, she explained why it was necessary for her to be such a big part of the process, especially for her very first album.

“When you write music, I think the songs that are most genuine to you are the ones that end up lasting the longest,” Gabby admitted. “I thought it would be very important to be in these creative rooms, creating the songs I want to sing about the stories about my life. I think people can see through what’s not genuine to you. I wanted everything to be very genuine.” The album’s title track, “Goldmine,” is actually the only one that Gabby didn’t help write, but she loved it so much when she first heard it two years ago, that she couldn’t eliminate it from the record. 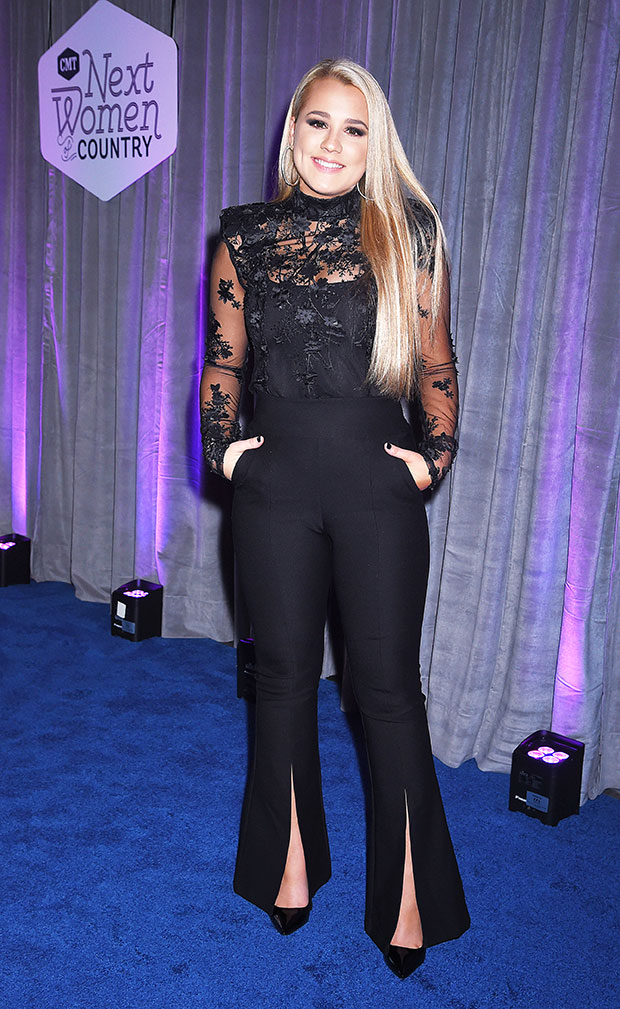 “The album is just trying to sum myself up as a person in 13 tracks,” Gabby explained. “13 [songs] was the max we could do. It was difficult to cut them all down, but we picked the ones that best represented me and told my story best. I think it turned out really well.”

Ahead of the album’s release, Gabby found success with her single, “I Hope,” which reached No. 1 on the Billboard Country Airplay charts in April 2020. The track is an angsty bop about being cheated on. Gabby followed it up with a much different song, “The Good Ones,” which was inspired by her husband, Cade Foehner, as her second single.
“I thought it’d be cool to have my first song be a little taste of my past,” Gabby explained. “”The Good Ones” is a 360 — a completely different vibe that you get off of the song. But “The Good Ones” is a taste of my present. So you’re getting to know me a little bit through these songs — my past, and now my present, and the album is my present. It’s been cool to introduce myself that way through music.”
Now that the music is out there, Gabby is excited to get back on the road (when coronavirus regulations permit it, of course), while also continuing to make sure she stands out in country music. “I’m always changing in ideas of branding myself and trying to figure out things that are different that separate me from the pack,” she admitted. “I think that’s something that’s very important — how can I separate my songs from all the other songs? I think everyone should figure out ways to make their stuff uniquely them so it’s recognizable. That’s something I’ve been leaning into since American Idol.”
Articles Trending Now