The feud goes on. Kelly Dodd hopes Tamra Judge “finds happiness” after Tamra called on Bravo to cut ties with Kelly, who is a full-time cast member on The Real Housewives of Orange County. Tamra exited the franchise in January after 12 seasons on the show.

“She’s just thirsty and mad she got the bullet…grasping for straws poor thing .. I hope she finds happiness,” Kelly wrote on Instagram in response to a fan who asked about a 2016 video released by TMZ, in which Kelly said she didn’t “like” or “know any black guys.” The video was filmed outside of The Nice Guy in Los Angeles four years ago. 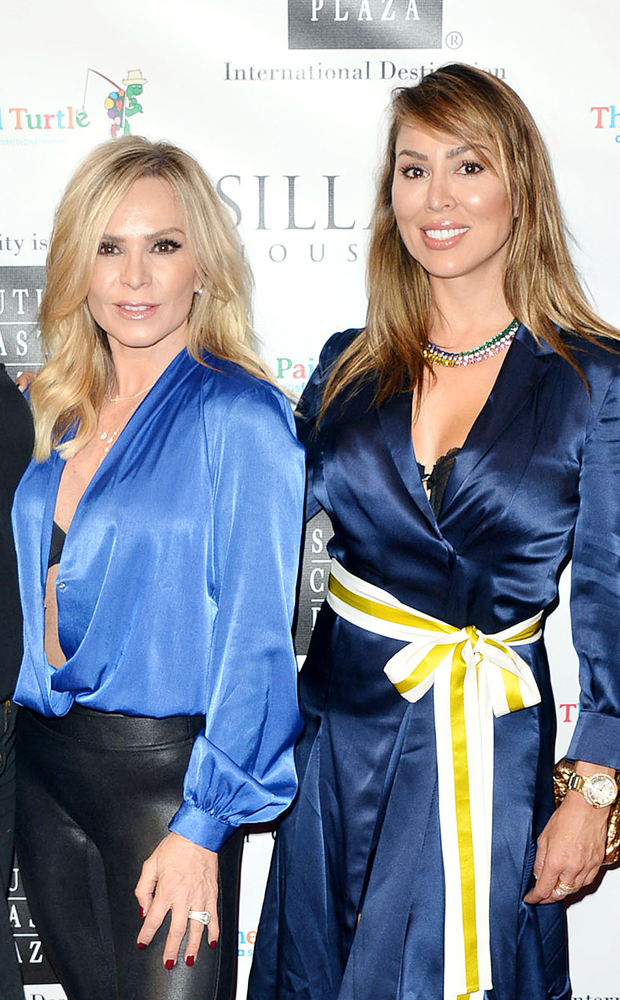 At the time, Kelly apologized for her comments, telling TMZ, “I am truly embarrassed. There is no excuse for bad behavior or comments that offend anyone.” She added, “That video does not represent who I really am and I apologize for acting irresponsibly.”

When the video resurfaced amid Black Lives Matter protests,  Tamra slammed her former RHOC co-star during an Instagram Q&A with fans on June 16. One social media user asked if Kelly should be fired for recently resurfaced “racist statements.” Tamra replied, “Yes I do, that TMZ video is disgusting! Bravo shouldn’t just single certain people out like Stassi [Schroeder] & Kristen [Doute]. There should be zero tolerance at this point.”

Bravo confirmed the firings of Vanderpump Rules stars  Stassi, Kristen, Max Boyens and Brett Caprioni in a statement to HollywoodLife on June 9.

Stassi and Kristen came under fire in early June after their former VPR co-star Faith Sowers revealed via an Instagram Live chat, that the ladies falsely reported her to the police in 2018 for a crime she didn’t commit. Faith’s allegation came on June 1 during a discussion about being “the only black person” on VPR. Meanwhile, Max and Brett were let go after past tweets using racial slurs resurfaced. All four former VPR stars issued individual apologies.