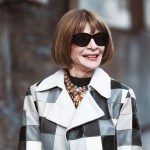 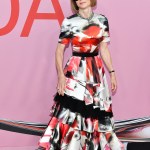 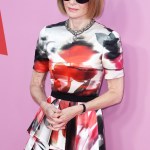 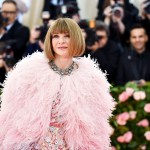 André Leon Talley doubted that Anna Wintour will ‘let anything get in the way of her white privilege,’ despite her apology for ‘intolerant’ mistakes within ‘Vogue.’

André Leon Talley, 71, once had a close working relationship with Vogue Editor-In-Chief Anna Wintour, 70, as her magazine’s editor-at-large between 1998-2013. Given this history, it was a big deal when the esteemed Black fashion journalist spoke out after his former close confidant owned up to race-related “mistakes” and Vogue’s lack of diversity in an email addressed to her Black staff members, which surfaced on June 10. First off, André pointed out that Anna’s memo surfaced at the same time Samira Nasr was named the first Black editor-in-chief of Vogue’s competitor, Harper’s Bazaar, a magazine that is 153 years old.

“That is news, groundbreaking,” André told Sandra Bernhard on her SiriusXM show, Sandyland, on June 11. “This has impacted [Anna], clearly that statement comes because this girl [Samira] is going to run competition rings around her, [Anna’s] power base has been somewhat affected by the competition of this young African American presence who is going to be historically the first black female editor of a great, great magazine.”

Moving on to his main criticism of Anna’s apology, André said, “The statement that she made, you know, the world of white privilege is complicated…The statement came out of the space of white privilege.” André questioned if Anna could ever distance herself from this privilege, adding, “I wanna say one thing, Dame Anna Wintour is a colonial broad, she’s a colonial dame. She comes from British, she’s part of an environment of colonialism.”

“I do not think she will ever let anything get in the way of her white privilege,” André continued. He even compared Anna’s memo to “the man who made the announcement for the NFL,” commissioner Roger Goodell, who recently admitted that the league was “wrong for not listening to NFL players” yet didn’t name who these players were (AKA, Colin Kaepernick).

“[The NFL commissioner] did not name Colin Kaepernick,” André pointed out. His advice for Anna, and other non-POC in positions of power? “If you’re going to make a statement, name what your mistakes were, own up to it, dear. No apologies necessary, all we want is respect,” he revealed.

André also touched on his personal falling out with Anna, whom he once used to sit side-by-side in the front row of Fashion Week shows. André wished Anna had been upfront when he left the magazine, which he began working for in 1983. “Just have the decency to tell me ‘André we’re moving on to the right, you are on the left, bye bye, we’ll find something else for you to do. It’s been a good day, a good run,'” André said on the SiriusXM show; he writes more about the end of their close relationship in his memoir The Chiffon Trenches, which was released on May 19.

In Anna’s memo to her Black staff members, the longtime editor-in-chief wrote (per E! News), “I want to start by acknowledging your feelings and expressing my empathy towards what so many of you are going through: sadness, hurt, and anger too. I want to say this especially to the Black members of our team—I can only imagine what these days have been like.”

Later in the memo, she added, “I want to say plainly that I know Vogue has not found enough ways to elevate and give space to Black editors, writers, photographers, designers and other creators…We have made mistakes too, publishing images or stories that have been hurtful or intolerant. I take full responsibility for those mistakes.”