Andy Cohen fully supports Bravo’s decision to part ways with Vanderpump Rules‘ Stassi Schroeder and Kristen Doute, along new cast members, Max Boyens and Brett Caprioni. He backed the network, in which he serves as an executive producer on numerous shows, on his SiriusXM Radio Andy show on June 10. — One day after the news broke. Andy also made sure to confirm that he does not work on Vanderpump Rules, and had no part in the decision-making to fire the four stars.
“There’s so much happening in the Bravo universe. I will say this: so much talk about Vanderpump Rules and then of course the reunion ended up airing last night. I will say this about what happened. I absolutely support Bravo’s decision, I think it was the right decision,” Andy told listeners on Wednesday. 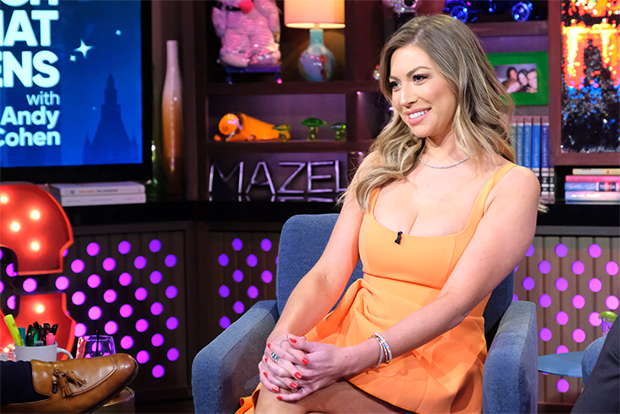 Stassi Schroeder on ‘Watch What Happens Live.’ (Photo credit: Bravo)
“And I want to remind people because I’ve been getting so many tweets and messages and whatever about Vanderpump Rules and about Southern Charm and other shows. I am not, I don’t — I feel like I remind people this all the time — I’m not in charge of programming at Bravo anymore. I am not an Executive Producer of Vanderpump Rules,” Andy confirmed, adding, “I don’t have anything to do with the show except I love it and that I host the reunions.” Lisa Vanderpump broke her silence on June 10 as well, in a lengthy statement on social media. 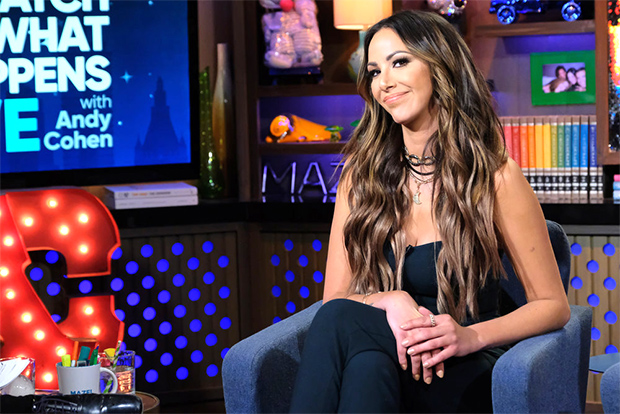 Kristen Doute on ‘Watch What Happens Live.’ (Photo credit: Bravo)
The Bravo universe experienced a shockwave of emotions on Tuesday when news broke that VPR‘s veterans, Stassi and Kristen, along with rookies, Max and Brett would not return for season 9. Filming has not started on the next season due to the ongoing COVID-19 pandemic. The network confirmed the news to HollywoodLife in a statement on June 9.
Stassi and Kristen came under fire earlier this month after their former costar, Faith Stowers, revealed, via an Instagram Live chat, that Stassi and Kristen falsely reported her to the police in 2018 for a crime she didn’t commit. Faith’s allegation came on June 1 when she joined Floribama Shore star Candace Rice for a candid chat, in which she opened up about what it was like being “the only black person” on VPR.
Days later, Stassi and Kristen both apologized in separate, lengthy notes on Instagram. The ladies acknowledged Faith’s comments in their apologies, which were posted before news broke about the VPR firings.
Meanwhile, Max and Brett’s firings were unrelated to Stassi and Kristen’s situation. The two men first came under fire in January when their past tweets using racial slurs resurfaced. Both Max and Brett addressed the problematic tweets during VPR‘s season 8 reunion and apologized.
Stassi and Kristen were full time cast members on VPR since its inception in 2013. Max and Brett joined the show in season 8. The four reality stars have yet to speak out about the firings.