Brad Pitt is the latest celebrity to partake in a public protest for Black Lives Matter. In the aftermath of George Floyd’s death, the actor wore a sweatshirt that was emblazoned with the 46-year-old man’s name to the march in Los Angeles on June 7. In a photo obtained by Daily Mail — WHICH YOU CAN SEE HERE — Brad was able to go incognito by wearing his motorcycle helmet and blending right in with the crowd.

“He was there for the right reasons, he wasn’t trying to draw attention to himself,” yoga instructor, Aree Khodai, who snapped the photo of Brad at the protest, told DM. “He seemed into it and seemed inspired. It was so beautiful of him to be there. At one point he had his mask off and he was smiling. He seemed very happy.” 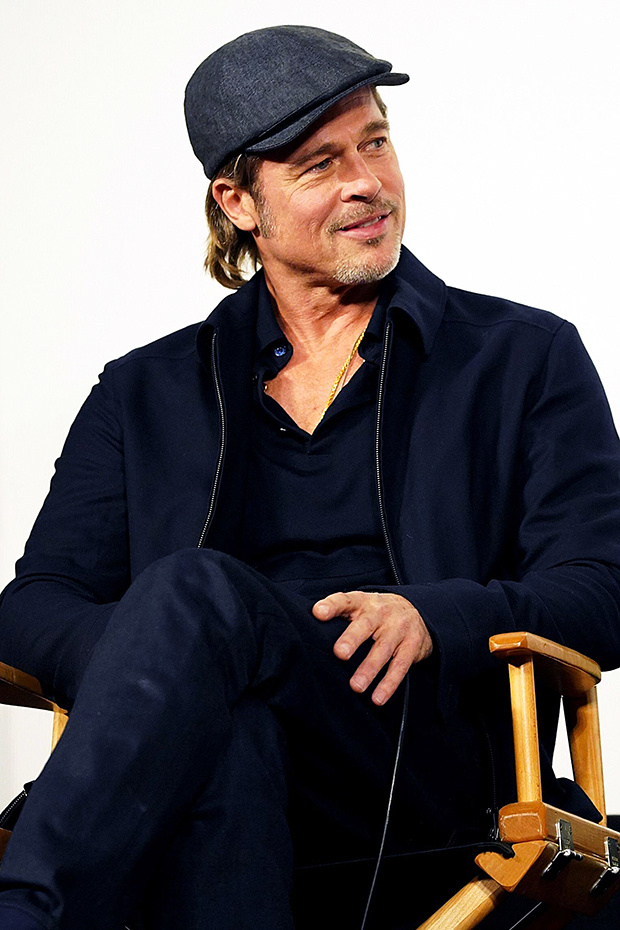 Thousands of people showed up to march for Black Lives Matter in the streets of Los Angeles on June 7. Protests have broken out across the country following George’s death at the hands of a white police officer, Derek Chauvin, on May 25. The 46-year-old’s murder sparked a widespread conversation about racial injustice and police brutality in America.

Brad has laid low in the months since his big Oscar win for Once Upon a Time In Hollywood in February. He was photographed spending some time with his friend, Alia Shawkat, at the beginning of March, ahead of the coronavirus quarantine. Now that stay-at-home orders have been lifted in Los Angeles, he’s popped up a few times and been caught by paparazzi.

Earlier this month, Brad was once again photographed on his motorcycle. Despite his attempts at going incognito, the actor was recognized by a fan, and Brad graciously stopped to take a selfie. He has not released a public statement about George’s death, but by going to a protest, his actions definitely speak louder than his words ever could (in the best way)!