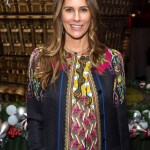 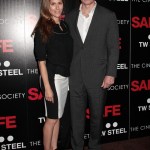 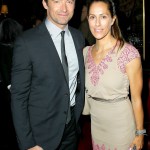 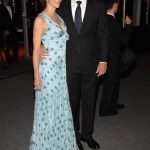 Journalist Chris Cuomo appeared to be standing outside naked in the garden of his Hamptons mansion in the background of a recent now-deleted Instagram Live yoga video his wife Cristina posted.

Chris Cuomo, 49, seemed to show a little more than he intended in the background of his wife Cristina Cuomo‘s now-deleted Instagram Live yoga video on May 27! Viewers couldn’t help but notice what appeared to be a glimpse of the CNN news presenter in all his naked glory as he walked out in the garden of he and 50-year-old Cristina’s mansion in the Hamptons. Although Cristina was busy showing off her yoga moves at the time of his appearance, it was hard to look away from the large window that showed him standing there and some followers even took screenshots of the memorable moment!

“He looks fit,” one social media user responded to a screengrab of the video. “Too funny,” another wrote while many others posted shocked or laughing emojis.

If the video is indeed Chris, he most likely didn’t intend to show up on Cristina’s video, but the brother of New York Governor Andrew Cuomo, 62, isn’t exactly shy about personal things. On Mar. 31, he revealed to the public that he tested positive for coronavirus and went on to give tell-all updates about his struggles with the virus during his primetime news show Cuomo Prime Time. His reveal brought on many supportive messages from family and friends, including Andrew and Meghan McCain, and although Cristina got the virus too, they both fortunately recovered and are doing much better now.

Chris also got into an open squabble with Andrew on May 5 when the politician appeared on his show. The younger brother playfully put Andrew through the ringer when he teased him about his newfound fame. “There has been a shift in your ambitions and in your sense of yourself because of all these new friends you seem to have,” he said to his older brother on the show. “Some say I shouldn’t come on this show because you harass me,” Andrew clapped back.

The two continued to argue back and forth and almost fooled viewers into thinking it was real but at the end of the segment, it appeared to be all in good fun. “Too much fierce accountability?” Chris went on to ask his brother, who recently appeared on The Ellen DeGeneres Show, during the on-air disagreement . “Can’t take it? Want a pat on the back?” Andrew insisted “nothing” about him “has changed” and the siblings put a cork in it before the appearance was over.