Ben Affleck‘s kids seem to be a big fan of his girlfriend Ana de Armas! She was spotted with The Way Back actor, 47, and his 14-year-old daughter Violet at Whole Foods in California on Friday afternoon. The trio donned casual clothes for the grocery run, with Ana and Violet dressed in similar distressed jeans. Ben, Ana and Violet were all pictured entering and exiting Whole Foods with protective masks on amid the COVID-19 pandemic. 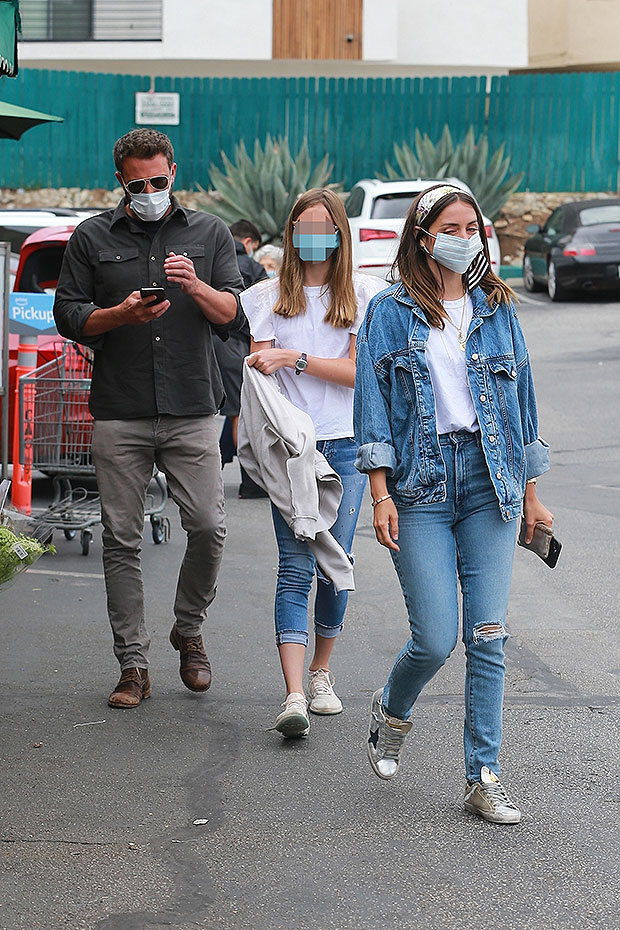 Ben, who was pictured on his phone, stepped out in a pair of tinted, black aviators. He sported grey pants with a brown button-up and matching combat boots. The actor’s other daughter, Seraphina, 11, and son Samuel, 8, who he shares with ex-wife Jennifer Garner, were not present during the outing. And, after the shopping trip, Seraphina may have a sisterly bone to pick with Violet. The eldest of the Affleck kids was pictured wearing a cream-colored sweatshirt that said “Favorite Daughter” on the front with a red heart. Violet, who’s taller than Ana in the new photos, also wore a pair of glasses. 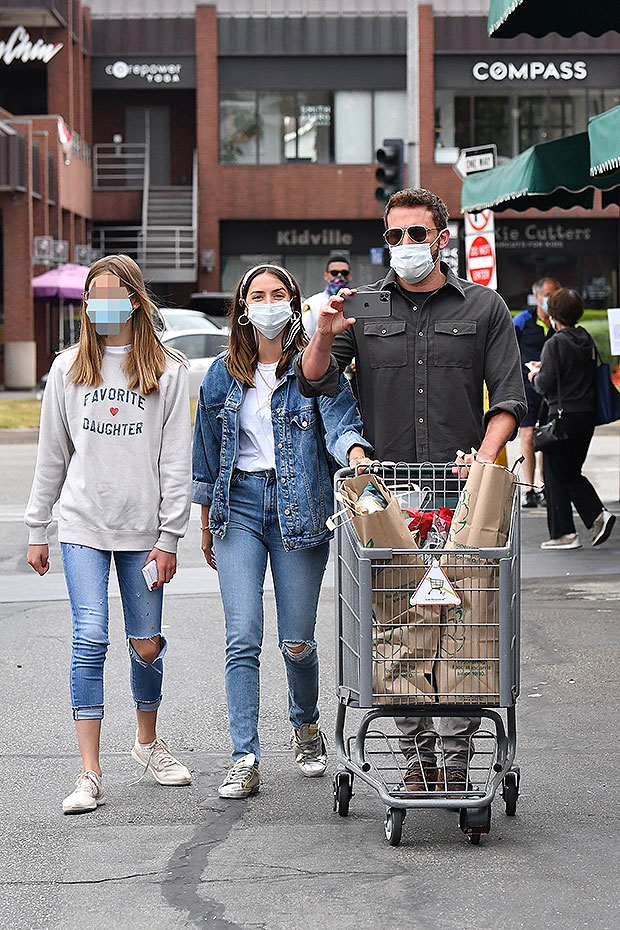 The couple and the teen exited the store with a full cart of groceries. While it’s unclear what they stocked up on, a beautiful bouquet of red roses could be see poking through the brown bags in their cart. Ben, like the true gentleman he is, pushed the cart of items to their vehicle.

Although the lovebirds‘ romance is in its beginning stages, Ben and Ana seem smitten with one another. The pair first sparked romance rumors after they were spotted vacationing together in Havana, Cuba, in March. Ben and Ana play husband and wife in the upcoming psychological thriller Deep Water, which is expected to be released this coming November.