Jake Paul wants change, which is why he marched in a Black Lives Matter protest in West Hollywood on Wednesday. The 23-year-old YouTube personality, who denied looting at shopping mall in Arizona last week, marched as he held a sign that read, “DONATE PROTEST VOTE It’s time 4 change.” Jake wore a protective mask amid the COVID-19 pandemic as he passed around waters to fellow protesters. 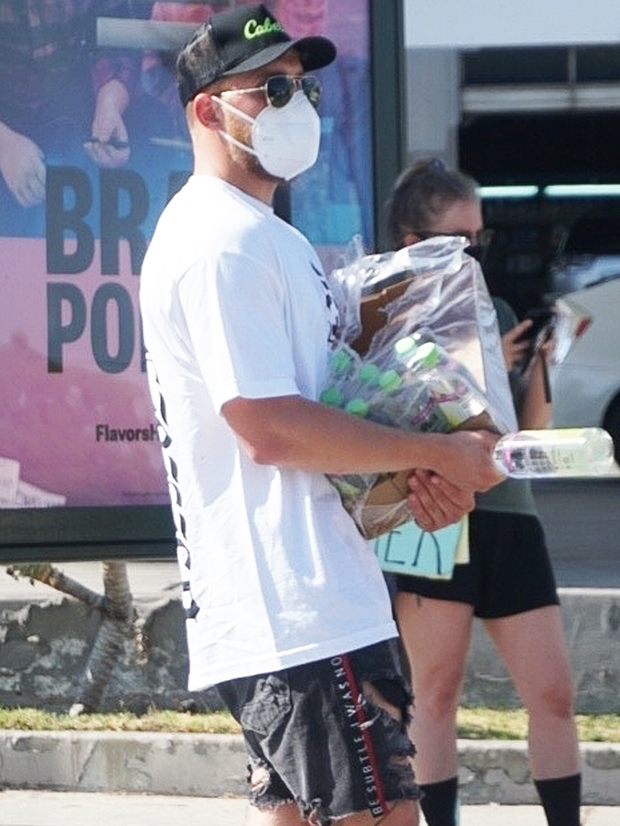 The content creator wore a black hat and tinted sunglasses to protest against police violence against the Black community following the tragic death of George Floyd, 46, on May 25. Floyd, an unarmed Black man, died after being restrained by former disgraced cop Derek Chauvin during an arrest in Minneapolis. Video footage from the arrest shows Chauvin with his knee pinned down on Floyd’s neck for nearly nine minutes before he died.

Chauvin was arrested and charged with third-degree murder and second-degree manslaughter in the death of Floyd on May 29. His charged was increased to second-degree murder as of June 3, when the three other officers involved in Floyd’s arrest were charged with aiding and abetting murder. Chauvin is currently being held at Minnesota’s only level five maximum-security prison, Oak Park Heights Prison, near the city of Stillwater. 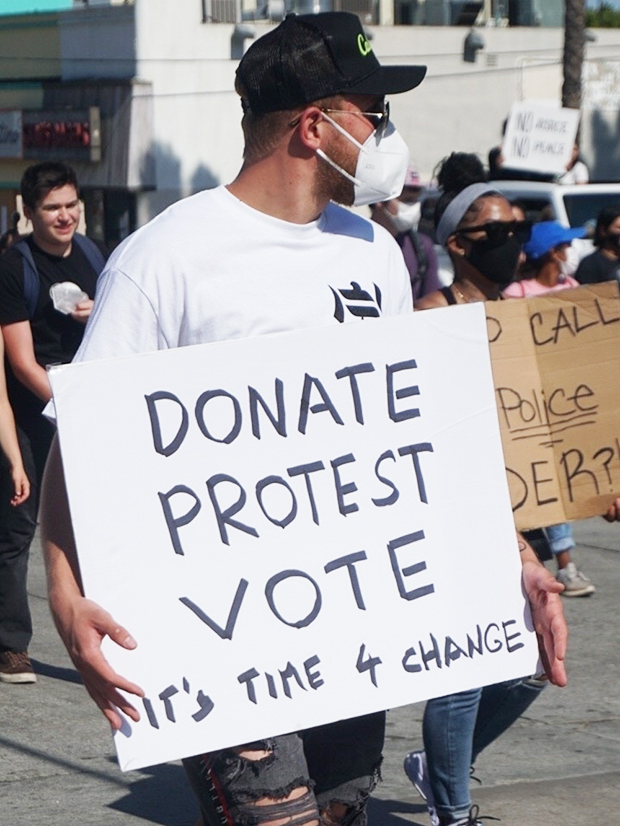 Jake, who’s been vocal about his support for Floyd and his disapproval of police brutality, faced backlash at the end of May after he was filmed at Fashion Square in Scottsdale, Arizona where protesters were looting at the time. He took to social media to deny accusations that he was involved in the looting, and said he was simply there to film content.

“To be absolutely clear, neither I nor anyone in our group was engaged in any looting or vandalism,” he began in a lengthy note posted to his Twitter account on May 31.

“For context, we spent the day doing our part to peacefully protest one of the most horrific injustices our country has ever seen, which led to use being tear-gassed for filming the events and brutality that were unfolding in Arizona,” he continued, explaining, “We were gassed and forced to keep moving on foot. We filmed everything we saw in an effort to share our experience and bring more attention to the anger felt in every neighborhood we traveled through; we were strictly documenting, not engaging.”

Jake’s older brother, Logan Paul denied that his brother took part in the vandalism. “He was not actively participating in looting,” the 25-year-old YouTube star said on the latest episode of his Impaulsive podcast, which discussed racism and encouraged listeners to be part of the change. “I do not agree with him being there,” Logan added. “I don’t know why the f–k he was there.”