Gabrielle Union, 47, is taking action against against the producers of America’s Got Talent following her Nov. 2019 exit. The former judge — who appeared on the popular NBC series for just one season — filed a harassment, discrimination and retaliation complaint on Thursday, June 4 with California’s Department of Fair Employment and Housing our sister publication Deadline Hollywood reports. The move comes months after Gabrielle publicly alleged that she had experienced racism and a “toxic work culture” during her time at the show.

In the filing, which was made by her attorney Bryan Freedman, NBCUniversal and Simon Cowell‘s Syco productions are named, along with NBC Entertainment Chairman Paul Telegdy. Gabrielle describes experiencing “racist and misogynistic conduct” on-set according to documents, in addition to alleging that Telegdy threatened “to silence Union in the media, but attempting to silence Union from making any further comments.” 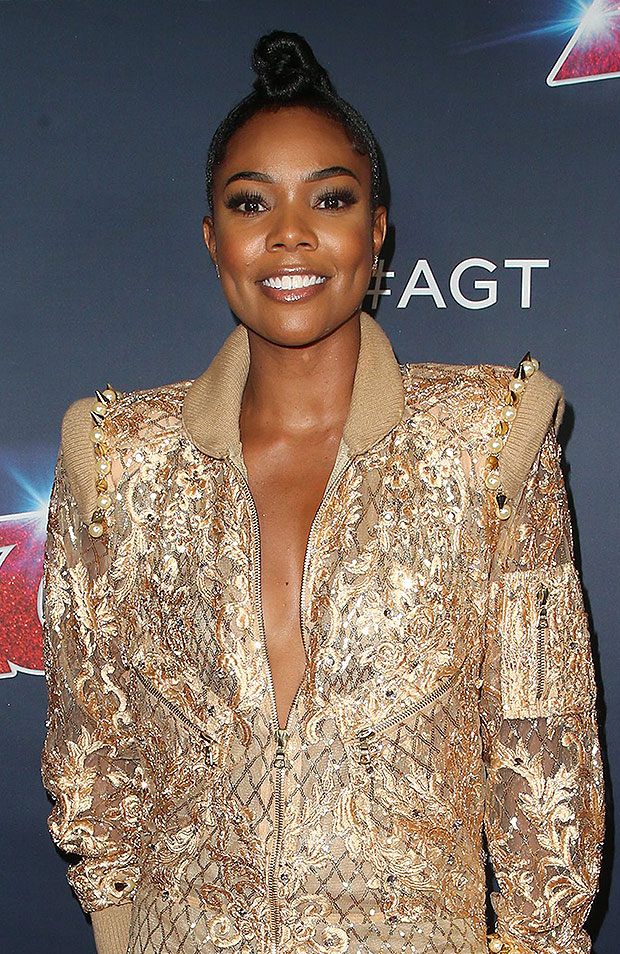 Gabrielle Union is seen on a red carpet. The image was included in a montage curated by her hairstylist Larry Sims after reports surfaced that her hairstyles were “too black” for the AGT audience. (Shutterstock)While the filing is not a lawsuit, filings with the DFEH often precede legal cases. In an emailed statement to HollywoodLife on June 4, her attorney Bryan Freedman said, “When Gabrielle Union informed NBC of racially offensive conduct during the taping of America’s Got Talent, NBC did not ‘stand’ with her in ‘outrage at acts of racism.’ Instead, NBC did not care enough to either promptly investigate Ms. Union’s complaints or even ask HR to get involved.”

Freedman explained, “Rather, NBC stood against her and directed its ‘outrage’ at Ms. Union for whistleblowing about the racially offensive conduct she experienced while working for NBC on America’s Got Talent.” The powerhouse lawyer went on to explain that the actions on-set were in “sharp contrast” to the networks recent statement about race. “In sharp contrast to NBC’s recent statement on race, what was truly an ‘outrage’ was the fact that Paul Telegdy, Chairman of NBC Entertainment, actually threatened Ms. Union in an attempt to silence her from telling the truth about racist actions that took place on the show,” he added.

“There is no place for this type of racial bullying in the workplace, and it is going to take more than a Tweet from NBC to demonstrate that NBC intends to create an environment free from racism,” Freedman concluded. HollywoodLife has reached out to representatives for Simon Cowell, NBCUniversal and Fremantle Media, but has not heard back as of publishing time.

The complaint comes just over six months after Gabrielle exited the series along with Julianne Hough, 31. Reports from Variety surfaced shortly after that Gabrielle had experienced racism and racial bias during her employment on the show, including being told that some of her hairstyles were “too black” for the AGT viewers. In addition, it was reported that Gabrielle had gone to NBC’s Human Resources department after comedian Jay Leno made an inappropriate joke targeted at the Asian community (the joke was cut before air).

“I signed up for the experience of being a part of a show that hails itself as the biggest stage in the world. Super diverse, and one about giving people an opportunity to shine where they otherwise probably wouldn’t…What could go wrong?” Gabrielle said in a cover story to Variety on May 27. “At the end of all this, my goal is real change — and not just on this show but for the larger parent company. It starts from the top down.”

Shortly after the reports initial, Gabrielle’s hairstylist Larry Sims compiled a series of images of the Bring It On star on various red carpets. “Gabrielle…Too Black?” he wrote, adding “Nah… She’s FLAWLESS!!!” The mom-of-one reposted the video on Dec. 12, adding “Unapologetically me. Be comfortable and confident with your whole ass self. It might give others the fluuuxxx but never stop being you. You can shine on your own terms. And if you got something to say.” She went on to say, “I dont take notes rooted in anti-blackness. I love me as i am.”