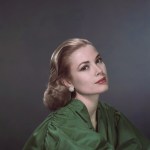 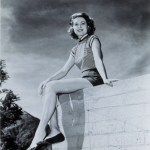 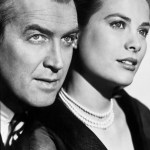 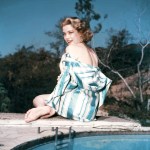 Grace Kelly’s 21-year-old granddaughter Camille Gottlieb took to Instagram to share some new fresh-faced photos of herself showing off her similar features to her late movie star grandmother.

Grace Kelly sure did pass on her beautiful genes and the proof is in her granddaughter Camille Gottlieb‘s latest Instagram pics! The late movie star’s gorgeous 21-year-old family member shared some casual photos of herself that appear to be makeup-free on June 2 and her features are definitely similar to her attractive grandmother’s. In the photos, Camille is posing from the chest up while wearing a loose white button-down blouse and giving a serious look to the camera.

He shoulder-length brunette hair is down and swept to the side in the front and she is wearing a necklace, which she referred to in her caption. The three snapshots are three different colors of the same pic. “3 shades again @apmmonaco #apmmonaco #lifestyle #jewelry,” she wrote in the caption.

Once Camille posted her incredible pics, it didn’t take long for her followers to comment on them. “She had eyes like the ocean and a magic in her soul….. 💫,” one follower wrote while another called her “beautiful.” Many left her heart-eyed emojis and hearts and others called her “doll” and “very pretty.” We’re sure the compliments were some of the same Grace received throughout her life!

Camille isn’t the only granddaughter that looks like Grace. The film icon’s other granddaughter Charlotte Casiraghi, 33, has also made headlines for inheriting her beauty. The equestrian, who is eleventh in line to the throne of Monaco, got attention in 2019 when she married French film producer Dmitri Rassam, 38, on June 1 in a royal ceremony that was truly memorable. The happy couple also share two sons, Grace’s great grandsons, Balthazar Rassam, 1, and Charlotte’s son from a previous relationship, Raphaël Elmaleh, 6.

It’s always nice when we get to see memorable late stars like Grace’s family keeping her legacy alive and her granddaughters are doing just that! We look forward to seeing more pics of their interesting lives and eye-catching looks soon!