Love & Hip Hop: Atlanta star Sierra Gates, 30, is setting the record straight about her epic fight with her co-star Karlie Redd, 46. As fans of the show know, things got physical between the former friends earlier this season after Karlie failed to show up to court to testify on Sierra’s behalf, in an unrelated assault case. During a post-court party the co-stars got into an altercation and Sierra “mushed” Karlie in the face and it quickly turned into an all out brawl. Although it seems like the fight was the result of Karlie not showing up to court, Sierra told HollywoodLife EXCLUSIVELY that she had a different reason for getting physical.

“I had a party to celebrate, because I made it out of court,” she told HL. “And Karlie was late to my court case but I wasn’t even mad about that. It’s a TV show so they’ve got to put an extra twist on it, but I really wasn’t mad about that.  I was mad because she came inside the party and she was being very aggressive. If you can just really pay attention to that. Because a lot of people are just looking for me mushing her in the face but they didn’t really see the conversation before the mush in the face. I was asking her to leave and she wouldn’t leave. She was like ‘No, b**** I’m not going anywhere’. And we were just going back and forth, and with drinks in our system and as having so much going on I kind of mushed her.”

It wasn’t just Sierra that got physical with Karlie, her friends also jumped in and that is something she is very apologetic about. “Now the girls jumping in, you know, I wasn’t expecting that,” she told HL. “But you know if you have family they’re, especially where I’m from, is kind of just like you fight and we’re all jumping in. I hate that that happened to her and I wish that we could get our friendship back.” 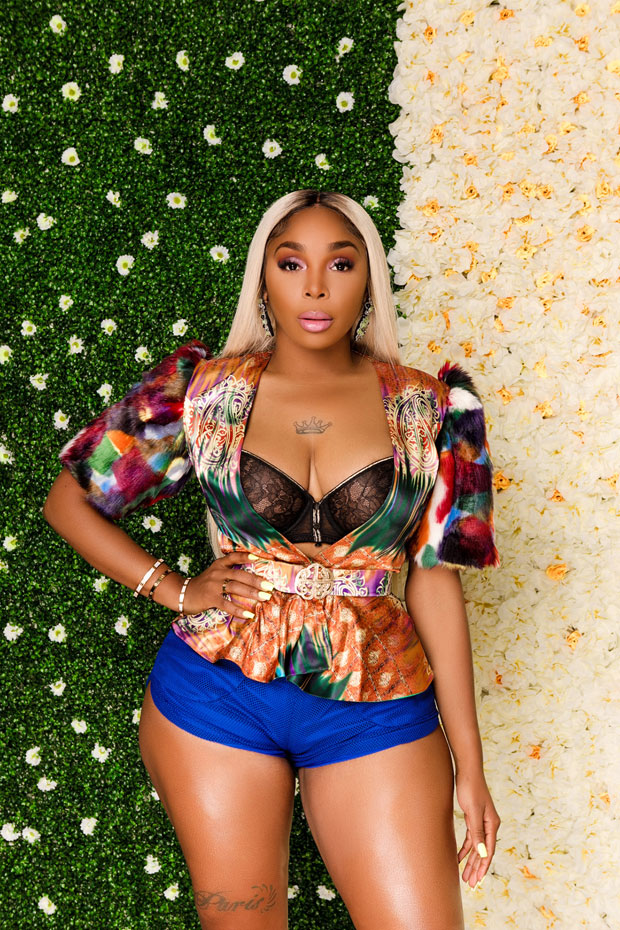 According to Sierra she and Karlie actually made up, but things between them got ugly again when season 9 of Love & Hip Hop: Atlanta started airing earlier this year. “The thing is that she forgave me,” Sierra told HL. “We went on a trip ski trip with the show and she forgave me…. We made up, we went out to eat. We did all of these things, filmed together, said we working on our friendship. But then as soon as the show started airing she just went crazy, doing interviews bashing me, saying I had her set up and all this craziness.”

In spite of how ugly things are between the former friends Sierra only wants “the best” for Karlie. “I wish her the best in life,” Sierra told HL. “Peace, love and blessings, I have nothing against her. She was a great friend. I just wish she would stop putting seasoning on the story with things she knows didn’t really happen, she’s just being really extra right now. But it’s okay I get it. She’s probably feels like anything bad she can say about me will tarnish what I’ve got going on so. But it’s only up from here. She forgave me already. I’m good.”

Sierra, who is a self-made millionaire thanks to her popular Atlanta salon the Glam Shop, has been keeping her mind off the drama with Karlie by focusing on her business. The micro-blading expert, who normally leads large seminars teaching other estheticians the popular brow art, has been using her time during the COVID-19 shutdown to connect with her 1.8 million followers on-line. “People always ask me how I have been successful so fast,” Sierra told HL. “They want to know the things I did wrong, the things I did right. So I have been really able to get personal with my following and give them some gems. I came up with a webinar, telling how I made my first over 30 k in 30 days. And I also came out with the book, Make A Million, Maintain A Million, because when I first started getting real money in 2017 I made just under a million dollars but by the end of the year, I had about $20,000 to my name and $15,000 in bills. So that is where I got my inspiration from for Make A Million, Maintain A Million, telling people how I made a million lost it and made it back and now how I maintain it.

“The first time I got rich I was doing a lot of crazy stuff.  A girl like me that came from the hood, I wasn’t used to money, so I was buying clothes, shoes, jewelry, purses. Anything that I thought was the lavish life, I was buying. I was traveling, buying my kids stuff that they didn’t need. I was doing those things so I am just telling the girls and whoever buys my book the tools that they need to make the money and to keep the money. No matter if you work a regular job or not. I started the savings plan that I do now, I save a certain amount of money a day. And all of those bad habits I’ve learned to turn into good habits. So in 2018 I made a million back again and I was able to keep it.”