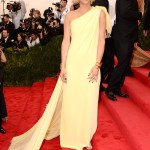 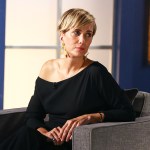 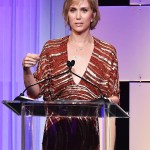 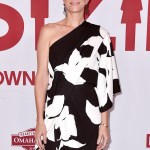 Kristen Wiig had fans guessing about whether or not she’s expecting her first child when she hosted ‘Saturday Night Live’s May 9th at-home episode and talked about how her mom prepared her to ‘be a mom myself’.

Is Kristen Wiig, 46, going to be a mother? That’s the question that was on many people’s minds after her latest Saturday Night Live appearance. The funny lady showed up to host the show during a special Mother’s Day skit to talk about the holiday and her own mother, Laurie Johnston, and when she explained that her mom taught her how to be a mom herself, it caused many viewers to wonder whether or not she’s expecting her first child with fiance Avi Rothman. “I don’t know if I truly appreciated my mom the first 45 years of my life,” Kristen said while lying on a bed that was surrounded by candles and wearing a loose white sweater in the skit. “But this year I’m feeling especially grateful for her advice, her love. I’m so thankful for all the things she’s taught me, like preparing me to be a mom myself.”

Kristen also went on to talk about how her mom taught her “things like breastfeeding.” “‘Babies love that chicken’, she would always say that,” she said before hilariously showing viewers a plate with chicken on it. The comedic actress, who got her start on SNL, opened her monologue by reflecting on the special day for mothers all around the world while in quarantine before she hinted toward a possible pregnancy. “This is the Mother’s Day show, and at SNL, it’s a very special time to celebrate moms,” she said. “Unfortunately, probably like a lot of you, I can’t be with my mom on this Mother’s Day. So, I hope it’s okay, I would like to tell her I love her.”

After Kristen made a few more jokes in her monologue, she left the screen with the new pregnancy speculation but hasn’t confirmed anything since. The blonde beauty and Avi got engaged in Aug. 2019 after dating for three years, so it would definitely be awesome news if they did announce they were welcoming a bundle of joy in the near future but only time will tell.

In addition to Kristen’s questionable appearance, singing group Boyz II Men were the musical guests on the SNL episode and also had the chance to thank their moms too and showed throwback photos of them and their mothers during their performance.