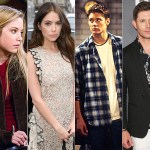 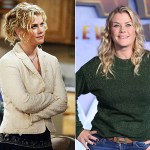 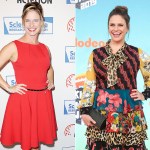 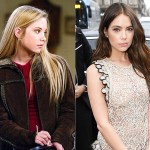 Cin shippers, get ready! Ciara and Ben’s engagement is on the horizon. HL spoke with ‘Days of our Lives’ star Victoria Konefal about the game-changing moment, wedding plans, the trouble ahead for Ciara, and more.

Ciara Brady and Ben Weston — a.k.a. Cin — have become one of the most beloved couples on Days of our Lives. After many highs and lows, the couple is stronger than ever. Fans have been waiting for the moment this couple gets engaged. HollywoodLife got the EXCLUSIVE scoop from Victoria Konefal about this epic moment for Ciara and Ben. “I feel like for the past year or so they’ve already been acting like they’re married in terms of just being ride or die for each other,” Victoria said. “They’re around each other 24/7 and every decision they make is based off each other. I can say that the Cin proposal is going to be very simple in a grand way. It’s very Ciara and Ben. It’s not fancy. There are no bells and whistles. It’s simple and it’s the core of who they are as a couple. There’s a really cute surprise during the proposal that’s going to be a tear-jerker, so keep your eyes peeled for the surprise. It’s adorable.”

Once Ciara and Ben get engaged, will they be diving right into wedding plans? Yes! “As soon as the engagement happens here, Ciara goes into full-blown wedding mode,” Victoria teased. “She wants this wedding more than anything, so she is totally focused on making her marriage happen.” As for how Hope will react to the engagement news, Ciara’s mom will initially be a little hesitant. “Naturally, Hope is going to be protective just because Ciara is her baby girl. No mother wants to see her child grow up, so this is the last step of Ciara turning into a full-blown adult. There’s going to be some issues there, but ultimately Hope is going to approve of it. She wants Ciara to be happy more than anything,” Victoria revealed.

Days of our Lives films 8 months in advance, so the long-running soap opera will have new episodes until at least October. Over the course of the next few months, Ciara will have to confront some new challenges, and things will get “really difficult” for her. “You’ll definitely see her grow a lot more than she already has. She’s going to be faced with some serious challenges that’ll test her character,” Victoria teased. “She’s going to give it everything that she has, without spoiling too much. There’s a lot of strife. If you thought that Ciara had a hard life before, wait until a couple months from now. Things get really difficult for her, so brace yourself.”

Victoria has portrayed Ciara since 2017. Long before she played the daughter of Days supercouple Bo and Hope Brady, Victoria had a connection with the couple. “I’ve known about Days of our Lives my entire life because it was my mother’s favorite TV show growing up. She would watch it every day, and I would watch it with her sometimes. Her favorite couple was actually Bo and Hope. I ended up being their daughter, so it’s just it feels like fate. Being on a soap opera feels like magic. I think it’s just come full circle. It was written in the stars for me to be on the show.” Days of our Lives airs weekdays at 1 p.m. on NBC.