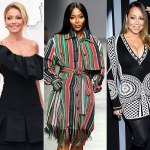 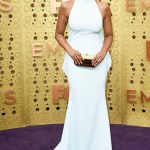 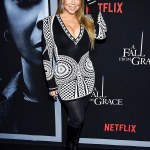 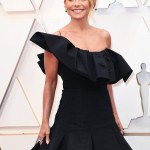 Some of Hollywood’s biggest stars are turning 50 this year! Kelly Ripa and Mariah Carey are among the famous faces who have barely aged in the past decades.

Some of Hollywood’s top A-listers are celebrating a massive milestone in 2020: their 50th birthday! These actors, singers and TV personalities are the total embodiment of ‘aging gracefully’, many of whom look exactly the same as they did decades ago! Over the next 12 months, dozens of famous faces will be hitting the huge milestone birthday, including Kelly Ripa, Mariah Carey, and Naomi Campbell. The “All I Want For Christmas” singer turned 50 on March 27, but she isn’t a big fan of celebrations. “I don’t have a birthday,” the five-time Grammy winner joked in a 2016 interview with Complex. “I was just dropped here. It was a fairyland experience. Honestly, when you put a number on it yourself, it’s just like, ‘Why?’ Why do that?”

Fellow A-lister Naomi Campbell, who is among the most prolific models in the world said she was excited for the milestone she will celebrate on May 22. “I’m so embracing it, I can’t wait,” she said in an interview with Lorraine. The supermodel isn’t phased by being among the oldest women on the runway, sometimes even sharing the stage with her friends’ daughters.
“I embrace that too! I think it’s great, and I just think they’re giving me a helping hand when I’ve got to run around and come back down for the finale and it’s all down the steps and they’re like ‘we’ll help you’ and I look up and it’s daughters of my friends, and I kind of feel that’s special in a way,” she added.

Meanwhile, Mean Girls writer Tina Fey will turn 50 just a few days earlier on May 18. The 30 Rock star has spoken candidly about how tough the film industry can be on women who grow older in the spotlight. “The greatest challenge for me as an actress is just getting older,” she told Town & Country. “Trying to play the scene at hand while also trying to hold your face up. Fast-forward to being 68, and it’s a glorious act of bravery.”

She also added, “There were people on the [Golden] Globes in their twenties who were so Botoxed. In their twenties! We’ve been so conditioned now to never see a real human face, one that moves, with its original teeth. Sometimes we forget that there is a choice. I choose not to do this. It’s like wearing multiple pairs of Spanx: Good for you, not for me. Not mandatory.”

Another Hollywood A-lister, Taraji P. Henson celebrates the half-century milestone on September 11, and said she was determined to shatter the ageist glass ceiling in Hollywood. “I still feel like I’m just getting started. I still feel like I have so much more to do,” she told Refinery29 in an interview. “Men don’t have an age limit put on them at all. They don’t. I have not seen a man stop working because of his age. I haven’t even seen a man stop working because of his receding hairline or his beer gut. So why should women have a limit?”