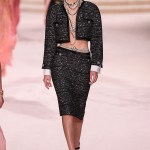 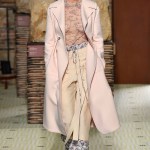 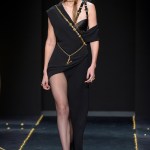 Gigi Hadid’s mom Yolanda Hadid remained ‘very quiet’ about her daughter’s pregnancy, staying tight-lipped when friends asked her about it.

Yolanda Hadid is so excited about becoming a grandmother! The former Real Housewives star, whose supermodel daughter Gigi Hadid is expecting her first child with Zayn Malik, remained super tight-lipped about the pregnancy. “Yolanda was very quiet about Gigi and Zayn’s announcement until they said something,” a source close to the family told HollywoodLife. “She ignored several calls and texts about the topic even to her closest friends. Everyone was reaching out to her, and she’d reply very short replies if anything, but she didn’t address the topic.”

The source described the mom-of-three as a “mama bear” and revealed she already thinks of Zayn as one of her own. “Yolanda is a great person and friend and can be trusted and she’s a mama bear who protects her children always,” they dished. “She considers Zayn as one of her own. If they work for her kids, they work for her. The family didn’t think it would get out there since so few people knew, but they’re all very, very excited and happy.”

After a few days of speculation over whether or not there was a bun in her oven, Gigi confirmed the news while speaking with Jimmy Fallon. “Obviously, we wished we could have announced it on our own terms, but we’re very excited and happy and grateful for everyone’s well wishes and support,” she said during the Apr. 30 edition of The Tonight Show With Jimmy Fallon. She also confirmed that Zayn in the father, after some thought that Tyler Cameron might have been the one who got her pregnant.

Gigi confirming her pregnancy and talking about it on Jimmy Fallon! pic.twitter.com/IOEwkBS2z5

Gigi, who was isolating with her family on their Pennsylvania farm, said that this current pandemic has provided “a silver lining,” since it was nice for her to “be able to be home and be together and really experience it day by day.” During the chat, she also dished on her biggest pregnancy craving. She said that she eats an “everything bagel” every day, and she was excited that her 25th birthday cake was actually a giant everything bagel. “Then I found out that Buddy [Valastro], the ‘Cake Boss,’ made my cake … I don’t know if it was my hormones right now or just, like, quarantine emotional-ness, but I cried every five minutes for an hour every time I thought about that Buddy made my cake.”