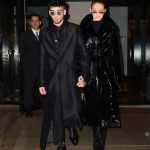 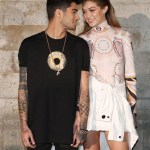 Zayn Malik and Gigi Hadid are getting ready to welcome their first child together and we’re reminiscing about the parents-to-be by looking back at some of the best moments in their relationship!

UPDATE (4/29/2020 @ 4:19 p.m. ET): Gigi Hadid‘s mother, former Real Housewives of Beverly Hills star Yolanda Hadid, has confirmed the happy news! “I can’t wait to become a grandmother,” Yolanda gushed to outlet RTL Boulevard, based in her native the Netherlands, on Wednesday, April 29. “It is quite special, since I lost my own mother so recently,” she continued in Dutch, referencing referencing the death of her mother Ans van den Herik, who passed in Aug. 2019 after battling cancer. “That is the beauty of life: one soul is leaving us and another is coming. We feel very blessed,” she added. Although the outlet didn’t provide a direct quote, they report that Yolanda confirmed Gigi is due in September. “It is going well, but we are still in shock that our little secret has been leaked to the press,” the 56-year-old also added.

Gigi Hadid, 25, and longtime on-again, off-again boyfriend Zayn Malik, 27, are going to be parents, according to TMZ! The model is apparently 20 weeks along and has been quarantining with the singer ever since the stay-at-home orders have been put into place for most U.S. states due to the coronavirus pandemic. Although the couple hasn’t yet confirmed the baby news themselves, they did recently celebrate Gigi’s 25th birthday together on Apr. 23 along with her sister Bella Hadid, 23. The blonde beauty took to Instagram to share a video clip from the special day that showed her posing and hugging Zayn and Bella while smiling and holding a 2 and 5 balloon.

Before the exciting pregnancy news, Gigi and Zayn broke our hearts on March 13, 2018 when they officially confirmed a break up on social media but a month later in Apr. 2018, they were spotted kissing in New York City. They lasted throughout the year but broke up again before 2019 and by Feb 2020 they were officially back on and seemed happier than ever.

After almost five years of on and off dating, these two have had some pretty memorable romantic moments together so we’ve decided to take a look back at how their relationship unfolded and capture our favorite pics of the gorgeous former couple. From adorable poses on Instagram to cuddly public outings, they’ve always known how to get our attention and make us swoon with delight.

Zayn and Gigi’s romance all started when rumors began to swirl in Nov. 2015 shortly after the model broke things off with Joe Jonas. They were first seen leaving in a car together after Justin Bieber‘s American Music Awards after party and their smiles to each other hinted at something developing. A few days later, Zayn sparked up even more rumors when he posted a photo of himself wearing what looked like Gigi’s glasses on his Instagram. By the end of the month, they pretty much confirmed their new romance when they were seen adorably holding hands while leaving The Nice Guy restaurant in L.A.

Zayn then took to Instagram in Dec. 2015 to post his first photo with Gigi, which showed her sweetly holding his face close to hers. Gigi was soon seen wearing a “Z” necklace that proved she was proud to declare her love for her new boyfriend and if that wasn’t enough, she was also spotted at a Paris airport while holding her phone, which had a background photo of Zayn on it. Zayn then debuted the music video for his hit solo song, “Pillow Talk” and it featured a very sexy Gigi getting mighty close to him.

In Feb. 2016, Zayn posted another Instagram photo of him and his lady love. This time it showed an affectionate Zayn kissing a smiling Gigi. A couple of months later, the hot couple appeared in their first photo shoot together for the cover of Vogue Magazine’s May 2016 issue. Who could forget their next appearance together at the 2016 Met Gala? They posed on the red carpet looking amazing and very much in love. Although rumors about the couple breaking up started to hit the internet a month later in June, Gigi confirmed they were doing just fine by continuing to wear her “Z” necklace and posting a funny photo of two jars of Nutella labeled “Gigi” and “Zayn.”

In July 2016, Gigi definitely squashed all split rumors by posting a kissing photo with Zayn on her Instagram and a few months later in Sept. Zayn posts an incredible photo of Gigi on his Instagram to wish her good luck for her Gigi X Tommy capsule fashion show in New York. The two lovebirds were then seen out and about a couple days later with mutual friend Taylor Swift before jetting out to London together and posing for sweet photos at Fashion Week.

In Oct. 2016, Zayn posts another cuddly Instagram photo in which he’s smoking while with Gigi and another later in Jan. 2017 of them posing for a close up while Gigi played with his hair. Gigi let everyone know they were celebrating their second Valentine’s Day together by being cute once again in a photo on her Instagram and on Apr. 23, 2017, Zayn wished Gigi a Happy Birthday by calling her his everything. They posed in their second Vogue Magazine photo shoot together for the Aug. 2017 issue and a month later in Sept., a shirtless Zayn was seen hugging Gigi in a post her mom, Yolanda Hadid, posted to her Instagram.

On Halloween 2017, Gigi showed off her black cat costume on Instagram while getting close to Zayn in his Spiderman costume and finally, in Nov. 2017, Gigi shared a sweet video of them kissing to celebrate their two year anniversary.

We can’t wait to see how these two develop as a mother and father in the next months and we wish both of them happiness in the future!