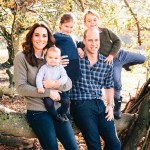 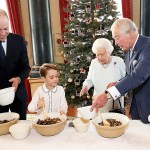 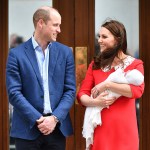 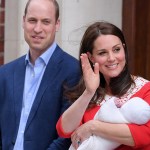 The royal family participated in the UK’s ‘Clap For Our Carers’ campaign on April 23! The Duke and Duchess of Cambridge, and their kids, Prince Louis, 2, Princess Charlotte, 4, and Prince George 6, applauded frontline workers in a new video!

Prince William, Kate Middleton and their children Prince George, 6, Princess Charlotte, 4, and Prince Louis, 2, proudly led the UK’s fifth week of its “Clap For Our Carers” campaign on April 23. The royals stepped out on their doorstep to applaud first responders and frontline workers helping to fight COVID-19. They joined Prince Charles and wife Camilla, who participated from Clarence House where they’re self-isolating. Take a look at the cute video, below!

The Duke and Duchess of Cambridge, along with their brood, were all dressed in NHS blue. Kate held Louis, who turned two on April 23, in the clip. Meanwhile, George stood tall alongside his younger sister, Charlotte as the duo clapped during the heartwarming tribute.

This isn’t the first time the royal family has publicly applauded healthcare workers during the ongoing global health crisis. Just last month on March 26, Kensington Palace shared a surprise clip to both Instagram and Twitter that showed the three siblings applauding first responders. The trio, who clapped without their parents, sported blue outfits.

WATCH: The whole Cambridge family join in #ClapForTheNHS #ClapForCarers paying tribute to @NHSuk as part of the ⁦@BBCOne⁩ #TheBigNightIn as #PrinceLouis celebrates his second birthday with the Duke and Duchess of Cambridge, Prince George & Princess Charlotte in Norfolk pic.twitter.com/2fbBLaymAn

Meghan Markle and Prince Harry also acknowledged the “#ClapForOurCarers” initiative on Instagram last month. They were the first members of the royal family to address coronavirus publicly. On March 18, the Duke and Duchess of Sussex — who will soon be free of their royal duties after stepping down from their titles in February — shared a plan of action to help support the mental health of others amid the COVID-19 pandemic.

The videos were shared after Kensington Palace confirmed on March 25 that William’s father Prince Charles, 71, tested positive for the coronavirus. He is now recovering at home with his Camilla in Scotland. Clarence House tweeted a thank you from Prince Charles on March 26, and said he “is enormously touched” by the public’s “kind words.”

The UK has been in lockdown since March 24. Prime Minister Boris Johnson, who is currently recovering after being treated for COVID-19 in intensive care, issued a stay-at-home order last month.